Where to Find Esopus 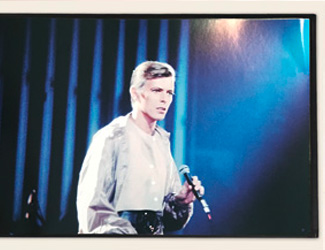 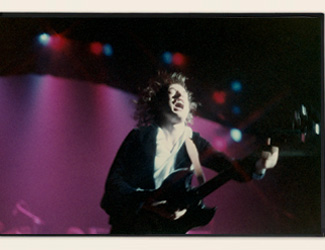 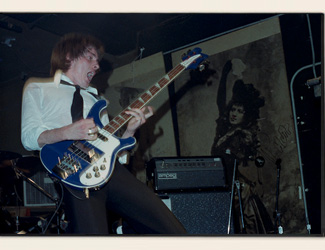 Golden Years features never-before-seen images of musical icons David Bowie, Lou Reed, Elvis Costello, Bruce Springsteen, AC/DC, Aerosmith, The Pretenders, Blondie, Peter Gabriel, and many others. These photographs were taken by Ed Rosenbaum at rock-and-roll concerts in the New York area in the late ’70s and early ’80s, and they are being published for the first time in this 56-page, 10" x 15” clothbound book featuring a foil-stamped cover and two 10" x 30" foldouts. The book is available on to Premium subscribers to Esopus, and will ship on Tuesday, October 25th.

In 1977, Ed Rosenbaum, a teenager born and raised in Brooklyn, decided to bring along a Pentax manual camera given to him by his brother-in-law to rock-and-roll concerts featuring his favorite bands at NYC venues like The Palladium, CBGB, and Madison Square Garden. “It was a way to remember the shows you went to,” he recalls. The fact that Rosenbaum took all of these stunning photos from the floor—in many cases, from seats far away from the stage—is a testament to both his vision and his enthusiasm for the acts he documented. Many of the photographs included in the book will become instant classics.

In the early ’80s, Rosenbaum left music and photography behind, eventually finding a job as a doorman in an apartment building in downtown New York, where he has worked for the past several decades. Not long ago, he came across the negatives of these photographs and happened to show them to one of the building’s residents, a student at New York University who told Esopus editor Tod Lippy about them when he lectured recently to her class.

In conjunction with the book, Lippy has curated an exhibition of Rosenbaum’s photographs at the acclaimed Pioneer Works in Red Hook, Brooklyn. The show, featuring a selection of the photographs published in the book, will run through November 13th. Rosenbaum will be in attendance for a book-signing and closing party on the 13th from 5-7pm.

PURCHASE A PREMIUM SUBSCRIPTION TO ESOPUS TO RECEIVE GOLDEN YEARS