Signed and numbered by the artists 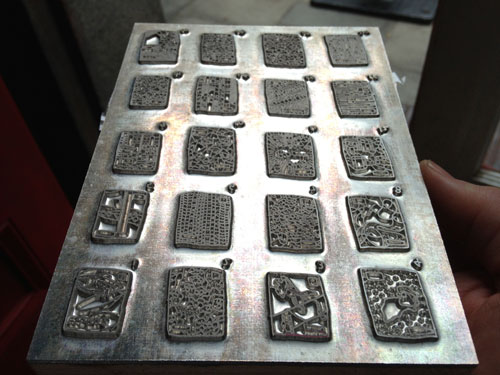 For our 10th anniversary in 2003, the Esopus Foundation commissioned Esopus 11 contributor Jason Polan to create a drawing depicting the covers of the first 20 issues of Esopus. Polan then teamed up with Esopus 16 contributor and master letterpress printer Robert Warner to produce this hand-printed edition.

Michigan native Jason Polan’s illustrations and projects have appeared in Metropolis, The New Yorker, and ARTNews. His self-published artists’ books include Every Piece of Art in the Museum of Modern Art, a collection of line drawings of all the artwork that was visible to the public at the museum during a two-week period in 2005. He has exhibited throughout the U.S. and Europe—including a show with Robin Cameron at Esopus Space in 2010—and his book Every Person in New York was published by Chronicle Books in 2015. Polan, who has done illustration work for Uniqlo and Warby Parker, contributed the weekly column “Things I Saw,” to The New York Times’s Opinionator blog from 2012 to 2013.