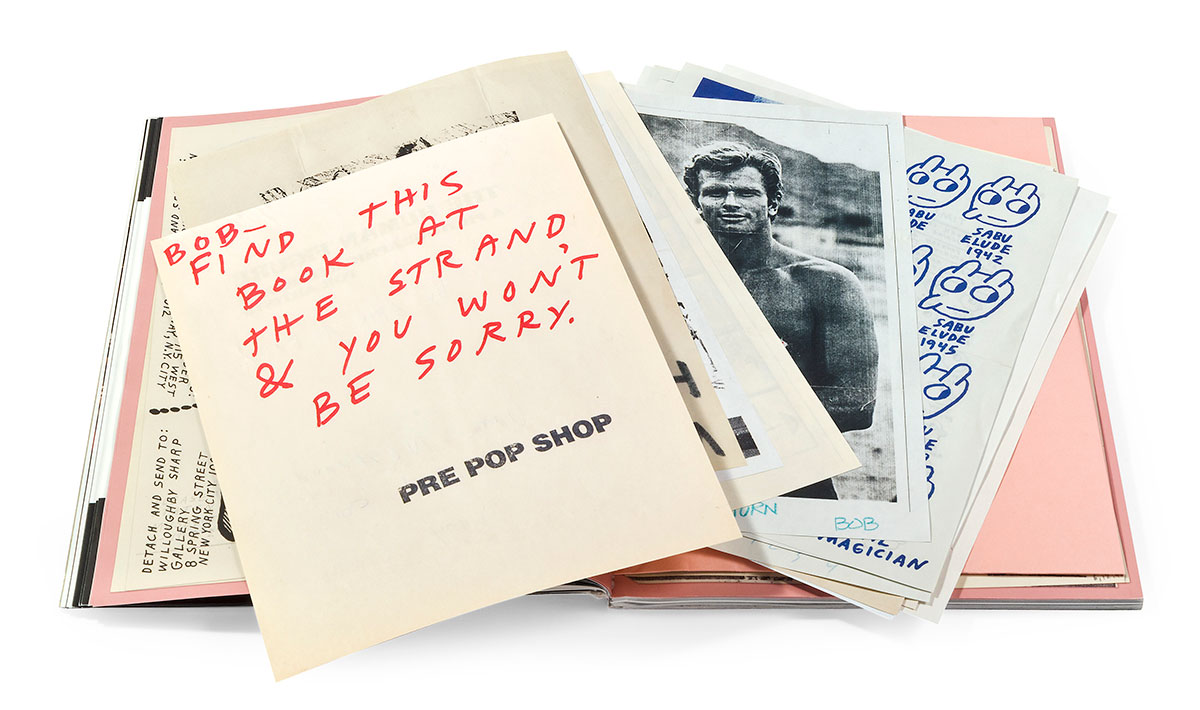 “Ray would make an oblique reference to something I’d sent, or something he was working on, and I’d sort of have to figure out what he was talking about. It was never very easy, but it was always intriguing; it was like being led into a dark chamber with all sorts of questions.”—Robert Warner

Deemed “the most famous unknown artist in America” by The New York Times, Ray Johnson was born in Detroit, Michigan, in 1927. He studied with John Cage and Merce Cunningham at the experimental Black Mountain College from 1946 to 1948 alongside Cy Twombly and Robert Rauschenberg, and in the early ’50s moved to New York City, where he quickly established himself as one of the pioneers of Pop Art. Johnson’s body of work includes collages, Xerox art, sculptures, and performances that consisted of everything from the artist inserting mustard-covered dimes into pay phones to his emptying a box of wooden spools down a gallery staircase. Johnson is perhaps best known as the seminal force behind the New York Correspondence School, an international network of poets and artists founded in 1968 that popularized the mail-art movement in the ensuing years. Johnson was represented early in his career by Richard Feigen Gallery and also had one-person shows at the Willard Gallery and Betty Parsons Gallery in New York and Galeria Arturo Schwarz in Milan. After being mugged in New York City during the summer of 1968, the artist moved to Long Island, where he became increasingly reclusive, rejecting gallery representation and communicating with friends and colleagues mainly by mail and telephone. On January 13, 1995, Johnson dove off a bridge in Sag Harbor, Long Island, and was last seen backstroking out to sea; his body was recovered the following day. Johnson’s work was the subject of a 1999 retrospective at the Whitney Museum of American Art and has since been featured in exhibitions in Paris, London, Budapest, Oslo, and Barcelona. How to Draw a Bunny, an award-winning documentary about the artist by John W. Walter, was released in 2003.

Born in Geneva, New York, in 1956, Robert Warner is a collage artist, letterpress printer, optician, and eyewear designer based in New York City’s Greenwich Village. In 2011, Warner staged the exhibition and event series Ray and Bob Box, which related to a yearslong correspondence between himself and the artist Ray Johnson, at Esopus Space in New York City; it subsequently traveled to venues including the University of California, Berkeley, Art Museum and the Valade Family Gallery at the College for Creative Studies in Detroit.