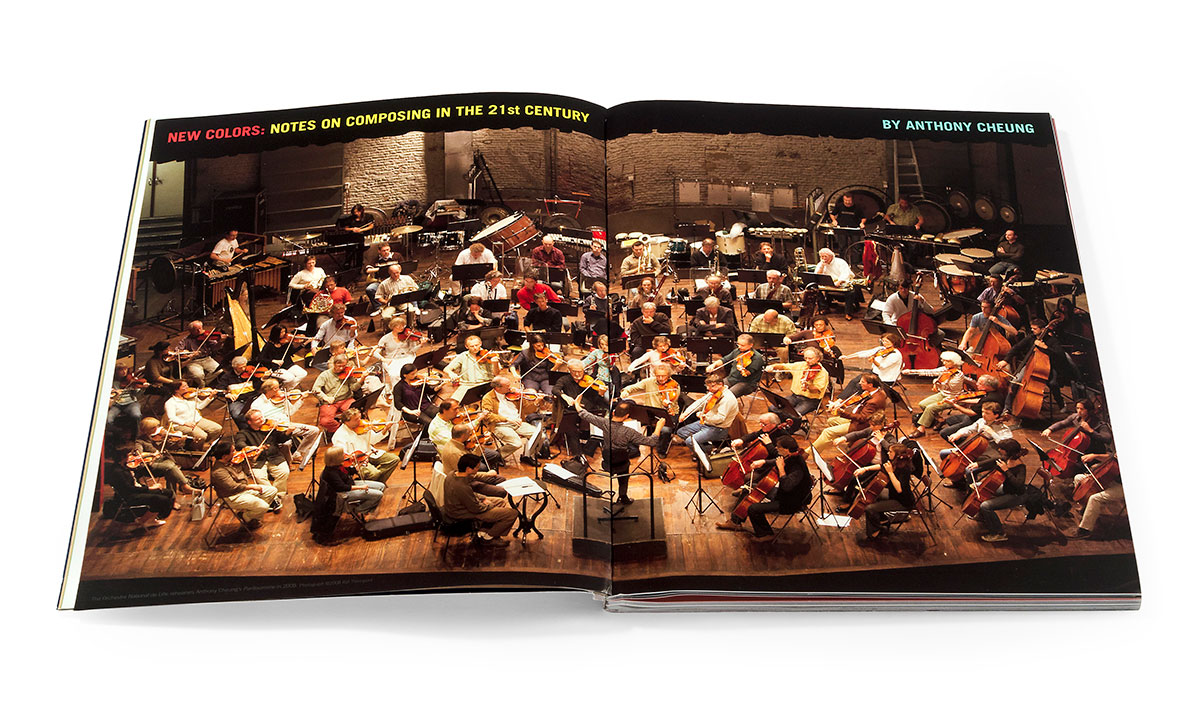 “Rather than see the differences between the improvisational tradition of jazz and my training in classical composition, I embraced what were obvious links. Charlie Parker’’s harmonic extensions, which he called the ‘pretty notes,’ had much in common with the sensual chords of Debussy and Ravel. The harmonic language of post-bop pianists like McCoy Tyner and Chick Corea had parallels to Bartók, Hindemith, and Stravinsky. I heard a lot of Messiaen in Brookmeyer’s charts.”

A rising figure in the world of contemporary music writes about his inspirations and offers a fascinating glimpse into his creative process.

The music of composer and pianist Anthony Cheung has been performed internationally by the Ensemble Modern, Dinosaur Annex, Musiques Nouvelles, eighth blackbird, Orchestre National de Lorraine, Orchestre National de Lille, the International Contemporary Ensemble, and the San Francisco Symphony Youth Orchestra, among others. A 2004 graduate of Harvard University with a joint degree in music and history, Cheung obtained his doctorate in music composition from Columbia University in 2010. In 2006, he was awarded the Charles Ives Fellowship from the American Academy of Arts and Letters, which also honored him with the Charles Ives Scholarship in 2003. He is the recipient of four ASCAP Morton Gould awards. Cheung, who is artistic director as well as pianist for the Talea Ensemble in New York, currently resides in Cambridge, MA, where he is a junior fellow in the Society of Fellows at Harvard University.