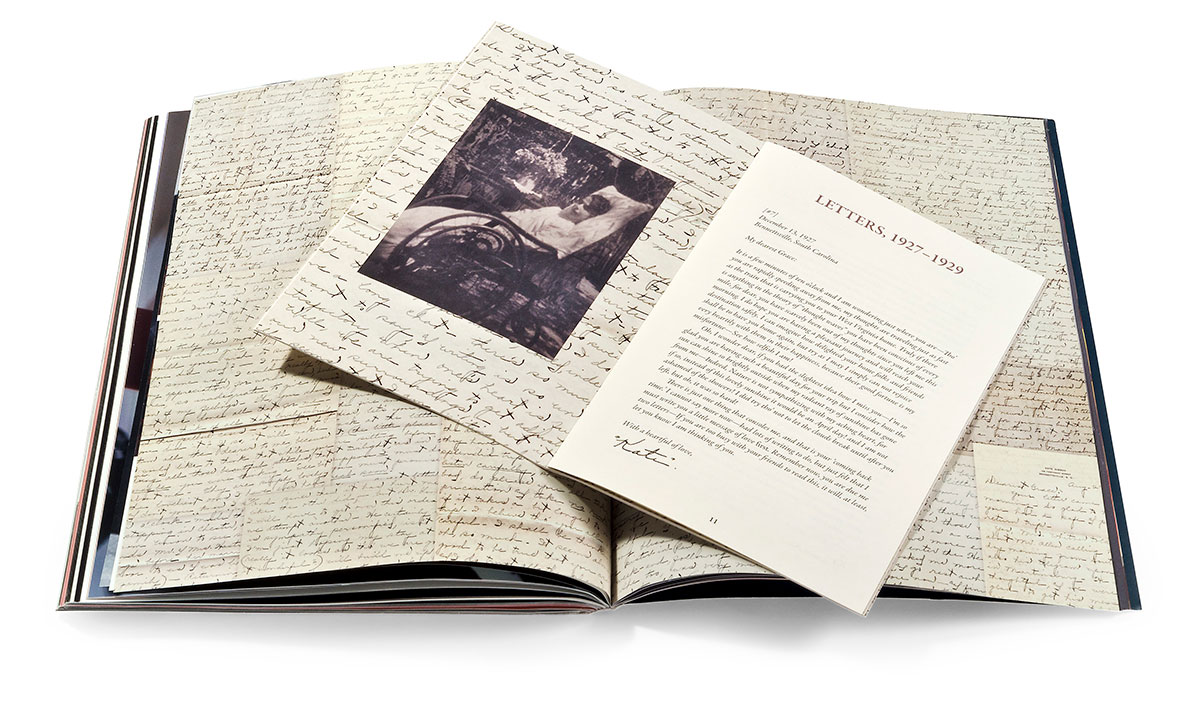 In 1998, artist Kathe Burkhart inherited a series of love letters written to her great aunt by another woman in the 1920s. “Between the Lines” is a removable 32-page booklet which includes transcriptions of the original, unexpurgated letters, along with replies written by Burkhart herself in her aunt’s voice. As the artist puts in in her introduction, “I think of the responses I have written as the sincerest form of ghostwriting—a collaboration with the dead.”

Kathe Burkhart is an artist and writer whose work has been widely exhibited nationally and internationally, including at the 1993 Venice Biennale; SMAK in Ghent, Belgium; New York’s Museum of Modern Art; P.S.1/MoMA; Galleria d’Arte Moderna, Bologna, Italy; the Neuberger Museum, Purchase, New York; and the Groningen and Helmond Museums in the Netherlands. Her solo exhibitions include those in New York City at Participant Inc., Mitchell Algus Gallery, Schroeder Romero Gallery, and Feature Inc. Burkhart has also published a number of books, including From Under the 8 Ball (LINE, 1985); Deux poids, deux mesures [The Double Standard] (Participant Press, 2005); Deux âmes soeurs (Hachette Littératures, 2006); and The Liz Taylor Series: The First Twenty-Five Years (Regency Arts Press, 2008). Burkhart has received grants from the Mondriaan Foundation, the New York State Council on the Arts, Arts International, and Art Matters, Inc. She teaches art and critical theory at New York University and divides her time between New York City and Amsterdam.