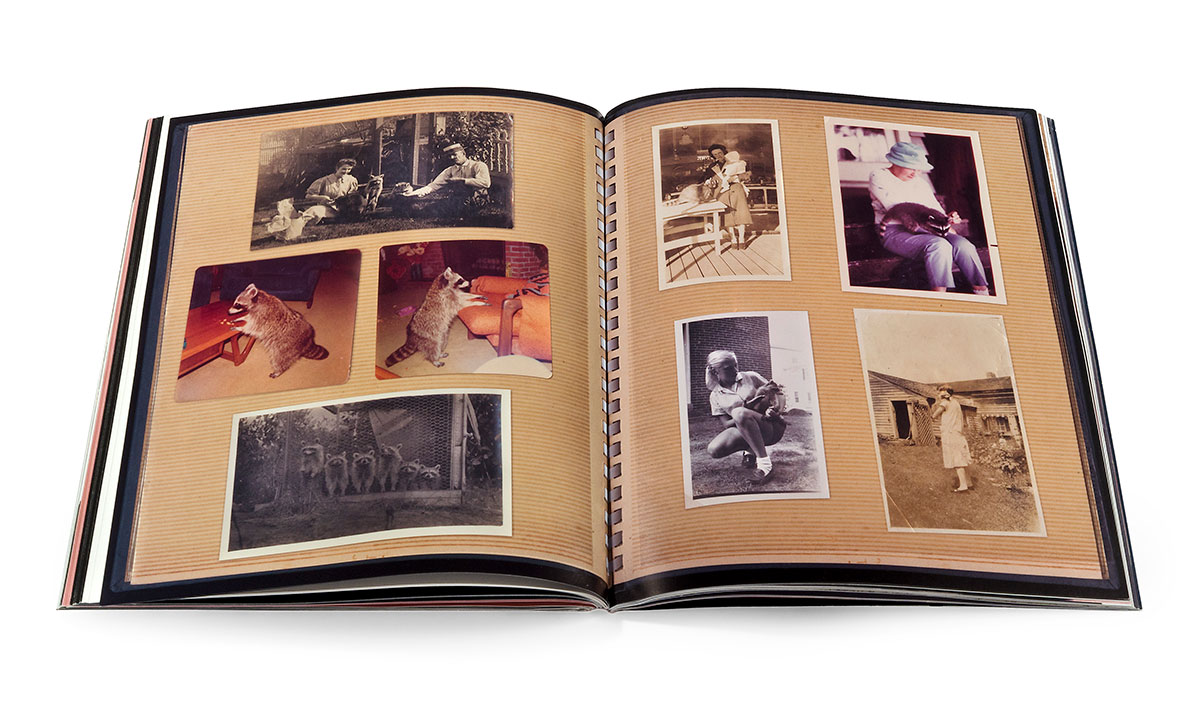 Over the past several years, New York–based artist Scott Daniel Ellison has collected photographs of people who keep raccoons as pets. As he puts it, “I relate to the people and places in these photographs since part of me is guilty of the same desire to capture and own something wild and strange from the forest.” Here, we reproduce 33 photographs from Ellison's collection.

New York–based Scott Daniel Ellison received an M.F.A. in photography from the State University of New York. There was an exhibition of his photographs at Ariel Meyerowitz Gallery in 2002, and he later became a drawing assistant to artist Sol LeWitt before turning his attention to painting. He has had solo shows at CLAMPART Gallery in New York City and Carl Berg Projects in Los Angeles; he is also a musician, whose most recent release is Northern Girl/Raccoon Song. Ellison’s art and music is inspired by obscure horror films, tales of the macabre, and the Scandinavian folk art he observed while living in Sweden.