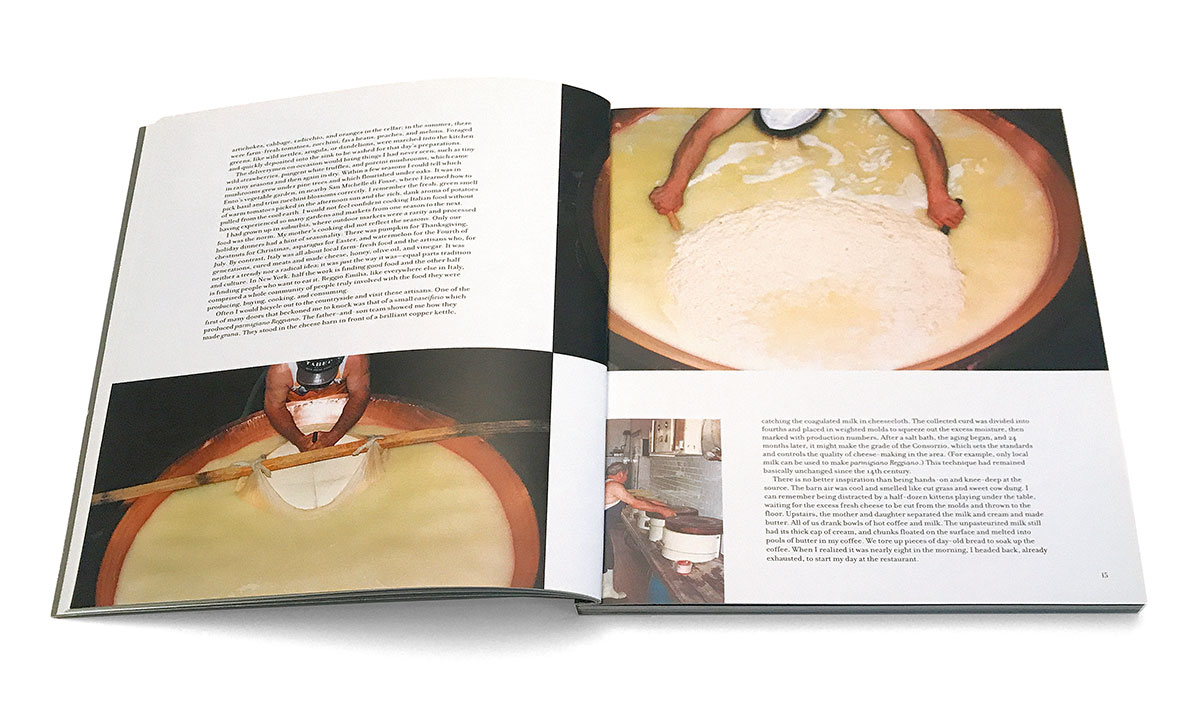 “One day, it finally struck me what was so odd about this kitchen: It had no walk-in refrigerators to store food, no food processors to prepare mayonnaise, no industrial mixers to make bread or pasta. Other than the basic equipment I described, it was ‘unplugged.’ It was here that I learned how extremely gratifying and sensual it is to cook by hand. You are guided by all of your senses, rather than by machines, and the food you make maintains its integrity and flavor. It grounds you in the task.”—Jody Williams

An acclaimed New York City chef recalls several years she spent learning how to cook—and how to live—in a Northern Italian town.

Jody Williams is the founder and chef of Buvette, with outposts in the New York City's West Village and Paris, and the co-owner (with Rita Sodi) of Via Carota, also in the West Village. Williams was the chef at Morandi until 2008, and the co-founder and chef at Gottino until 2010. A self-taught specialist in regional Italian cuisine who learned the craft by working at a number of notable restaurants in the U.S. and abroad, Williams first gained attention in 1997 as the chef at New York restaurant Il Buco. She has also appeared as a judge on the Food Network competition series Chopped.