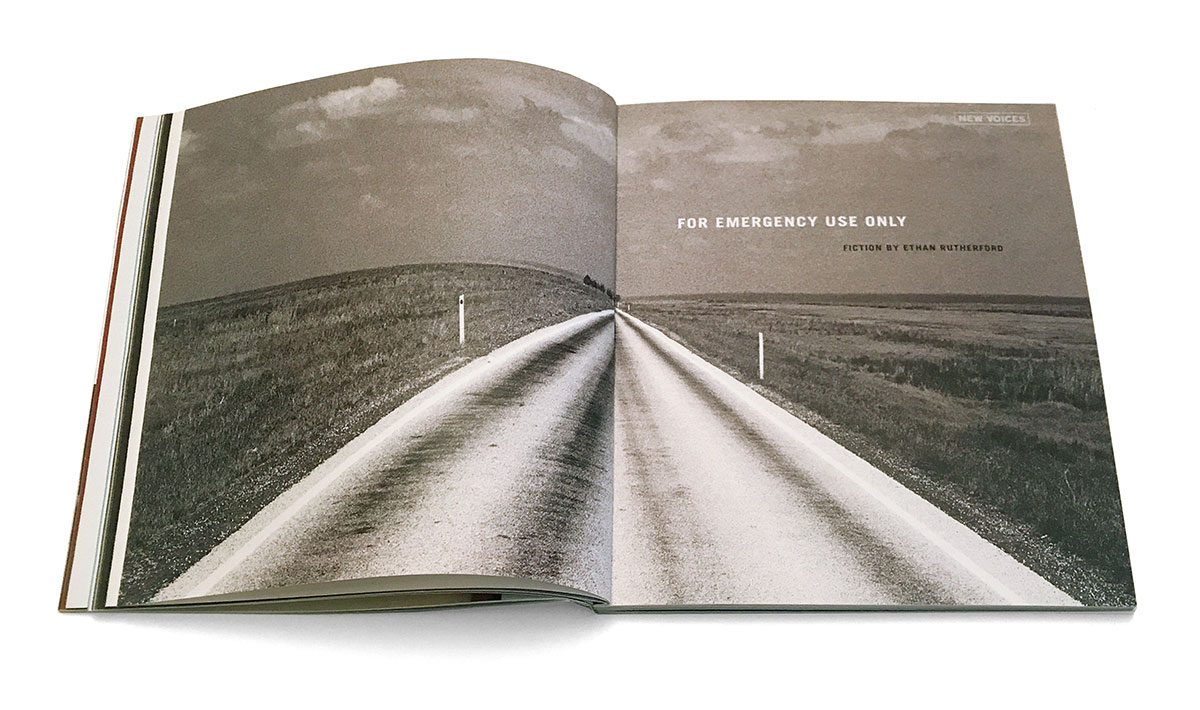 “Three weeks passed. Every day we waited for something to signal us that now was the time. At the first flash, we were ready to hop in bed so our shadows—when they were found later, burned into the wall—would give some humorless archaeologist of the future something to think about. An iconic image—our present to the world. But, no flash.”

In the second installment in our series of fiction by emerging authors, a young couple searches for explanations—and for solidarity—in the wake of an apocalypse that forgot them.

Ethan Rutherford was born and raised in Seattle, WA. A graduate of Williams College (BA) and University of Minnesota (MFA), he currently resides in Minneapolis, MN. “For Emergency Use Only” was his first published work. His stories have since been widely published, including in two anthologies, The Best American Short Stories Anthology 2009 and Fiction on a Stick.  His first book, The Peripatetic Coffin and Other Stories, won the Minnesota Book Award, the Friends of American Writers Award, was a finalist for the Los Angeles Times Art Seidenbaum Award, and received honorable mention for the PEN/Hemingway Award.