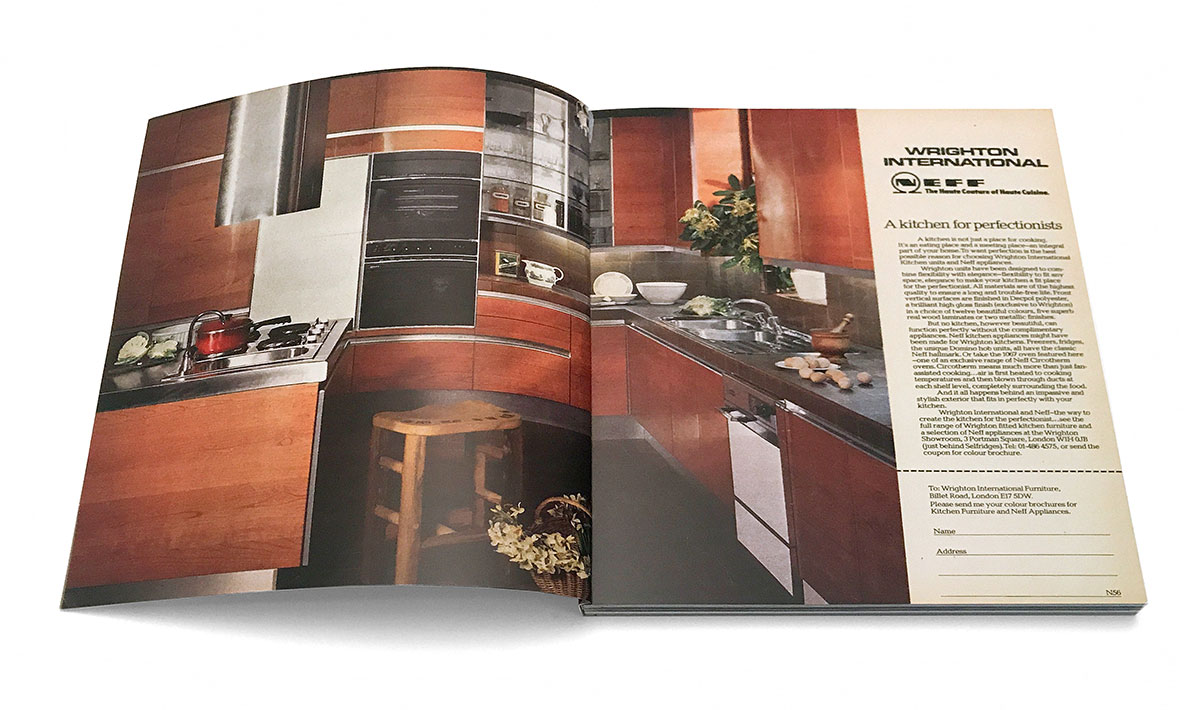 A full run of British magazine advertisements from the 1970s inspires “Ten Kitchens” from the London-based artist.

Solo projects by Gareth Jones include “Helmut Jacoby: Milton Keynes Drawings” at 38 Langham Street, “Seven Pages from a Magazine 1975–2001” at Platform, and an installation at Cubitt in 2003. His work has also been featured in a number of group exhibitions, including “British Art Show 6,” which toured to various venues around the United Kingdom, and a 2012 show with Babak Ghazi at Raven Row in London, where Jones lives and works.