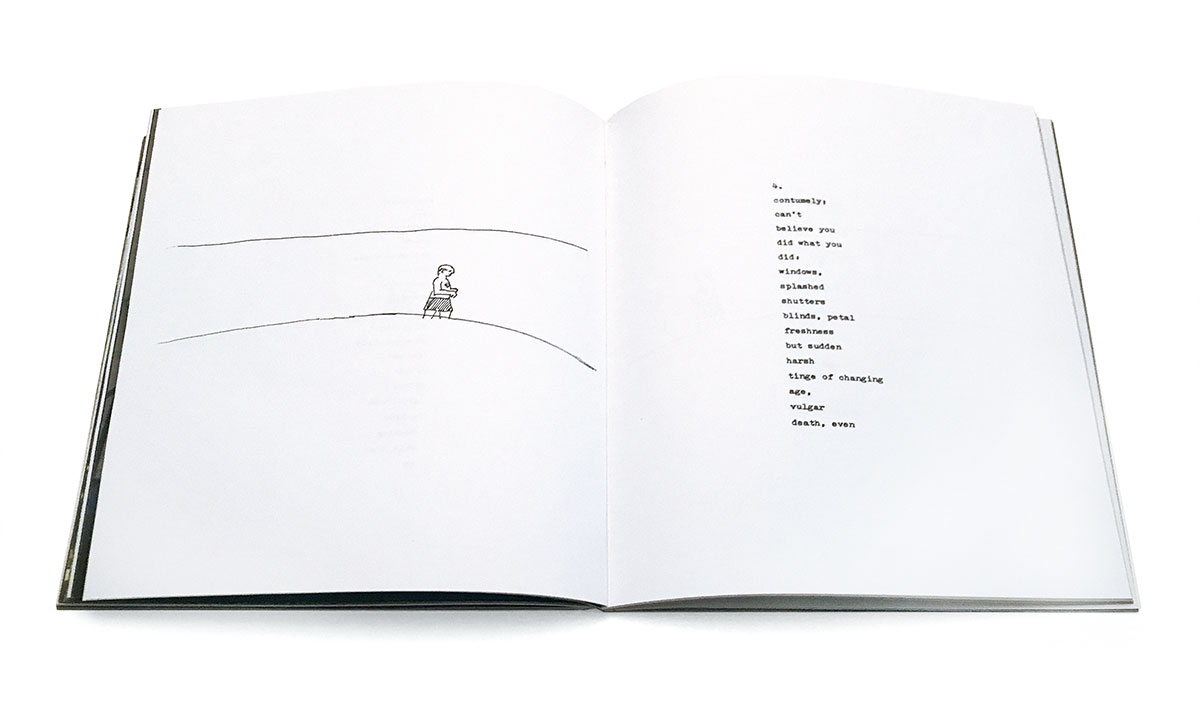 In the mid-’80s, poet Vincent Katz wrote a series of short, stark poems relating to a recent breakup. Once finished, he happened to show them to his father, the painter Alex Katz, who was compelled to create a drawing to accompany each poem. The result, “Autographs,” is published here for the first time.

Alex Katz is regarded as one of the most significant American artists to have emerged in the period after 1950. Born in New York City in 1927, Katz studied at the Cooper Union, and later at the Skowhegan School of Painting and Sculpture in Maine. His paintings and cutouts, which combine figuration and abstraction to create an elegant take on realism, are in public and private collections around the world. The many museum exhibitions of his work over the past 50 years include “Alex Katz: A Retrospective” at the Whitney Museum in 1986, and, currently, “Alex Katz: Portraits of Ada” at the Jewish Museum. In 1992, Katz received a Guggenheim Grant in Painting.

Vincent Katz is a poet, translator, and critic. His books include Rapid Departures, a collection of poems, The Complete Elegies of Sextus Propertius (winner of ALTA’s 2005 National Translation Award), and Acluni Telefonini, a collaboration with painter Francesco Clemente.