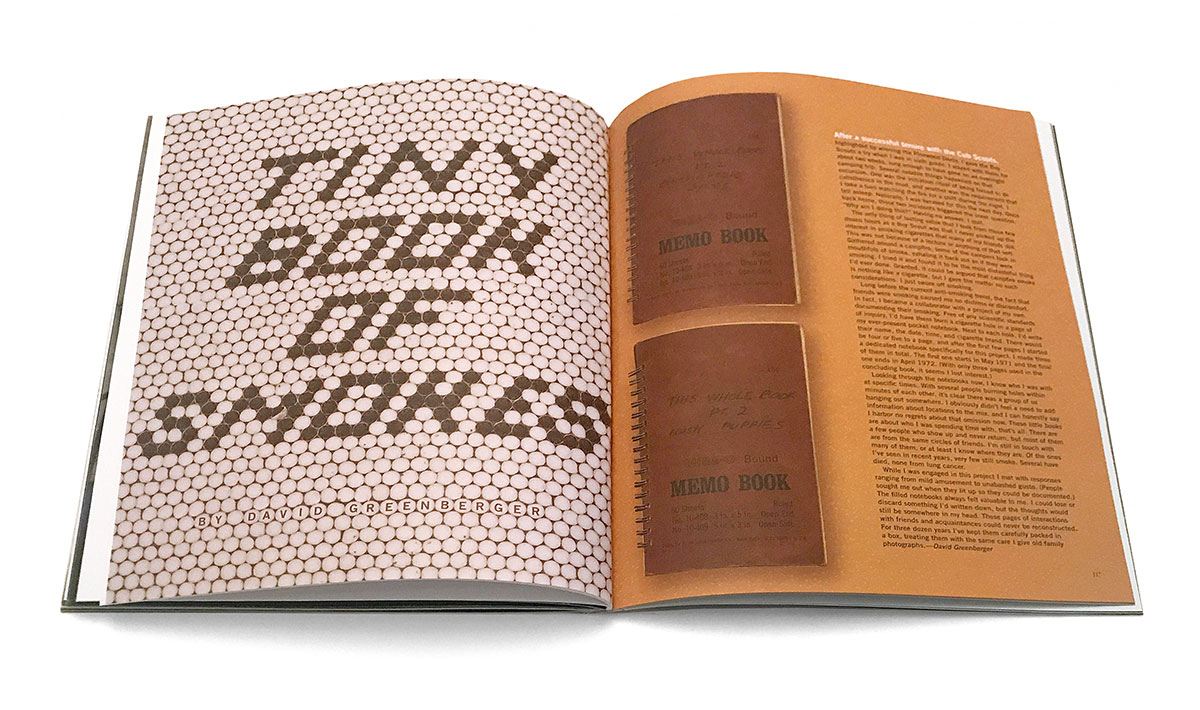 In the early ’70s, David Greenberger decided to document the smoking habits of his friends by keeping several notebooks which he he would ask them to “sign” with their lighted cigarettes. Next to each hole, Greenberger would record the smoker’s name, the date, the time, and the tobacco brand. As he puts it in his introduction, “These little books are about who I was spending time with, that’s all.”

David Greenberger began self-publishing The Duplex Planet in 1979. The influential ’zine, which features his conversations with the elderly on a range of topics, has since inspired numerous books, concerts, radio programs, and recordings. His commentaries air regularly on NPR’s “All Things Considered,” and he has collaborated on projects with comics artist Daniel Clowes, musician Robyn Hitchcock, and others. Greenberger, who lives in Greenwich, NY, recently completed Growing Old in East L.A., a radio program for the California Council on the Humanities.