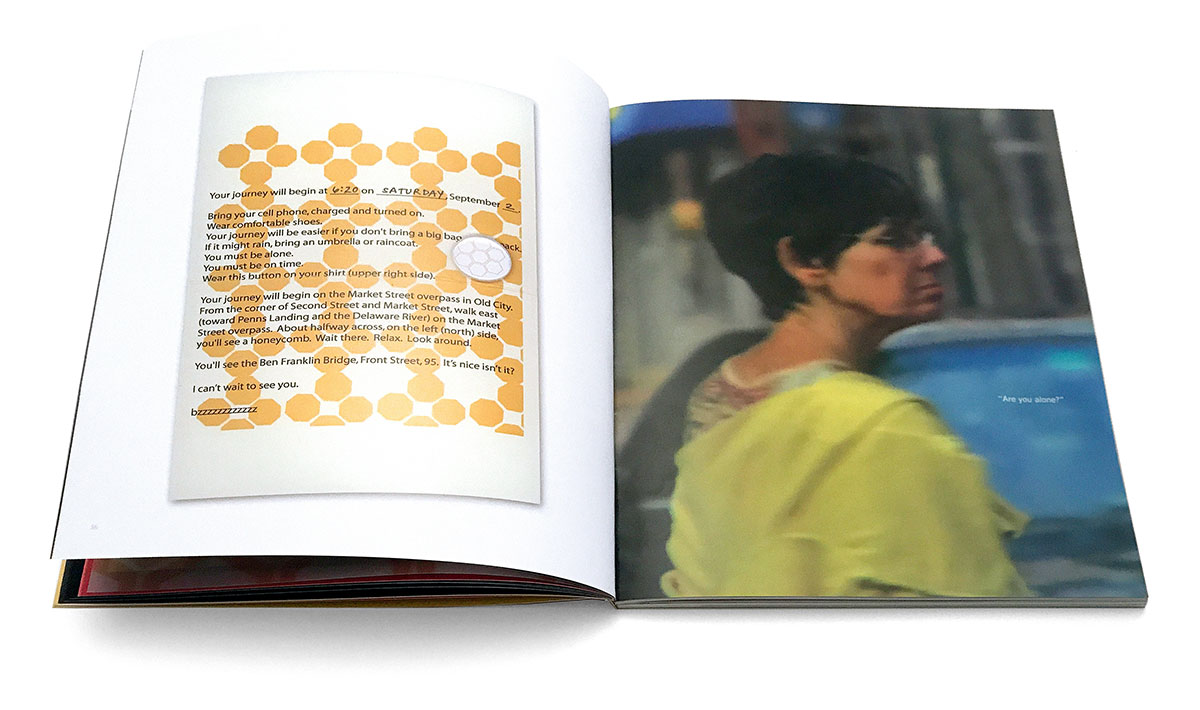 Ironically, cell phones, developed to keep us better connected to the world, tend to drive us apart when we’re in public spaces. Philadelphia’s Headlong Dance Theater addressed this issue with Cell, a 2006 dance performance for which “Dispatchers” guide one audience member at a time via mobile phone through a network of city streets and buildings. The experience ends at “the Hive,” where each participant gets the opportunity to interact with three dancers from the troupe.

Codirectors David Brick, Andrew Simonet, and Amy Smith founded Headlong Dance Theater in Philadelphia in 1993. Their movement backgrounds range from modern, ballet, jazz, and tap to Bharata Natyam, Ghanaian, sports, and sign language. Joined by dancers Nichole Canuso and Christy Lee in 1996, the company has created more than 35 dances, including Hotel Pool (2004), Britney’s Inferno (2002), Pusher (2000), and St*r W*rs, which won a Bessie Award in 1999. Headlong, which The New Yorker once pegged as “fiendishly inventive,” has received support from the Pew Charitable Trust, the National Endowment for the Arts, and the Rockefeller Foundation.