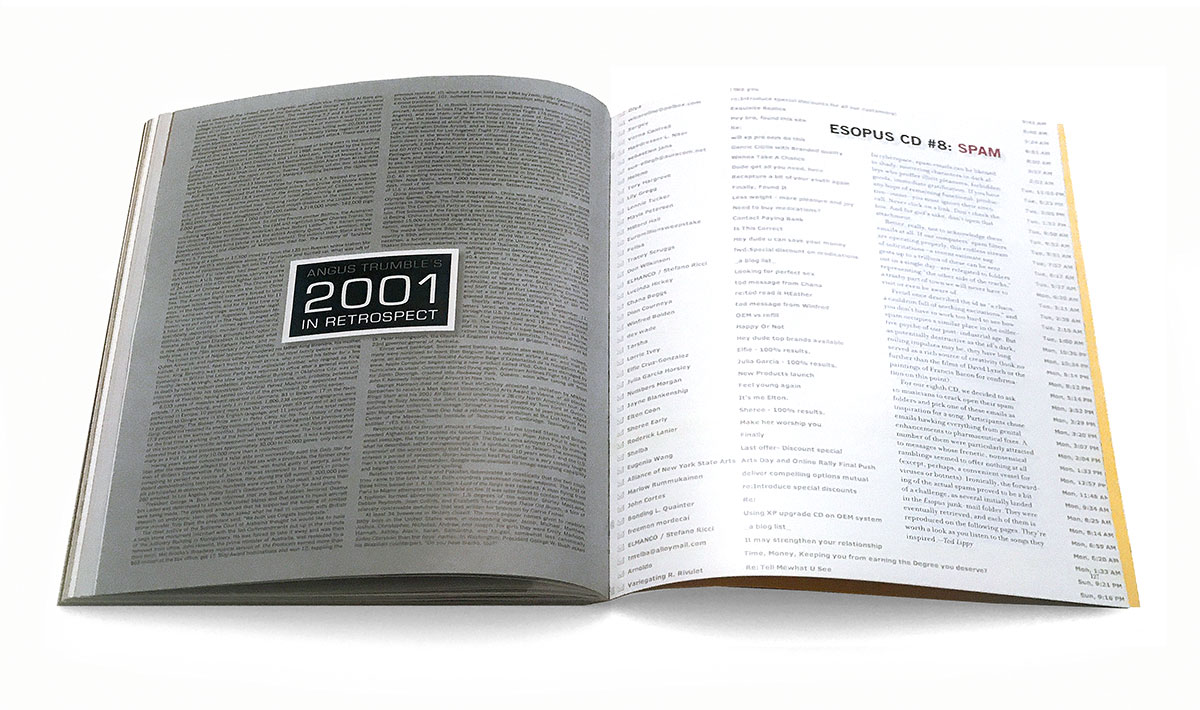 “President George W. Bush was informed that the Saudi Arabian terrorist Osama bin Laden was determined to attack the United States and that plans to hijack aircraft were being made. The president announced that he supported the funding of limited research of embryonic stem cells. When asked what he had in common with British prime minister Tony Blair, the president said, ‘We both use Colgate toothpaste....’”

With the earthquakes quieted, the bankruptcies resolved, and the rubble cleared, our resident chronologer sifts through the particulars of a difficult 2001: rampant foot-and-mouth disease in England, dying Beatles, and the tumble of a 135-ton space station into the Pacific Ocean.