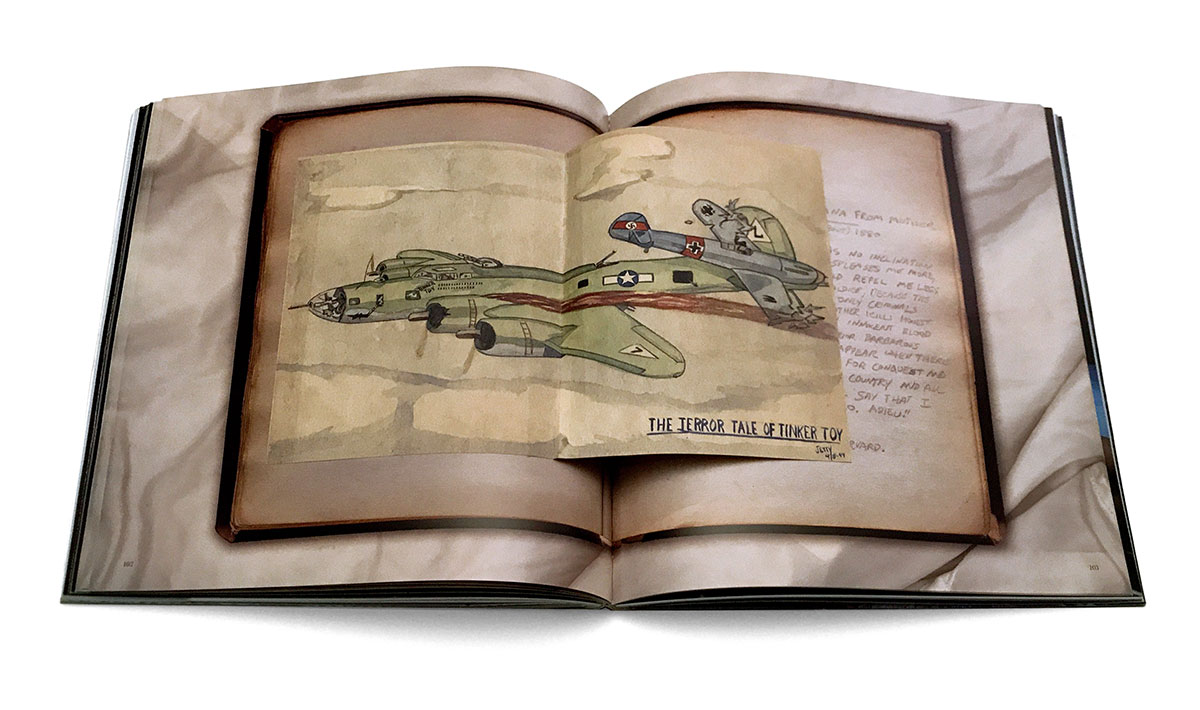 “With the plane still spinning, he reached the escape hatch and rolled out. His head hit up against something and it knocked him out. He fell about 8,000 feet till he went thru the thick cloud layers which wet and revived him. He pulled the rip cord. With a loud snap, the chute blossomed out, filled with air and jerked him upright.”—John Limon

Art often flowers in the most unlikely of places—even the confines of the German P.O.W. camp where 2nd Lieut. Gerald Limon spent 15 months after his plane was shot down over Hanover during WWII. Twenty-four pages from a stunning journal Limon kept during his internment are reproduced here in facsimile, accompanied by an introduction by his son, who discovered the journal in a drawer after his father’s death.

John Limon has written on a wide range of subjects, including Kafka, “shame theory,” stand-up comedy, and the impact of war and science on American literature. He received a B.A. from Harvard and a Ph.D. from UC-Berkeley and is now a professor of English and American Studies at Williams College in Williamstown, MA.