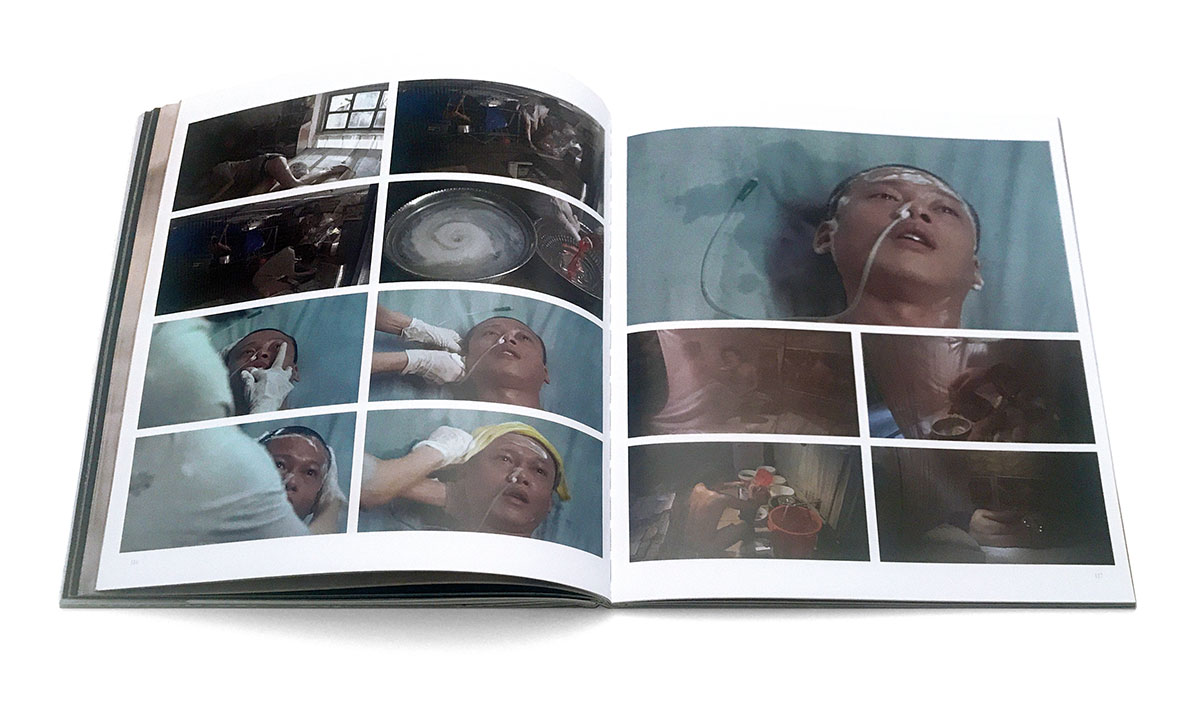 “Up above, there are many ways to live one’s life, but the best way is in the films of Tsai Ming-Liang. It happens underneath, where people meld together. Hospitality.”—Claire Denis

This issue’s “100 FRAMES” features stills from I Don’t Want to Sleep Alone, the stunning 2006 film from Taiwanese director Tsai Ming-Liang, accompanied by an appreciation of his work written especially for the issue by French filmmaker Claire Denis.

Filmmaker Tsai Ming-Liang was born and raised in Malaysia and graduated in 1982 from the Chinese Cultural University of Taiwan, where he is now based. Tsai worked in Taiwanese theater and television in the 1980s and soon after began directing films, which were quickly embraced by an international audience. These include Rebels of the Neon God, Vive l’amour, The River, The Hole, Goodbye, Dragon Inn, and The Wayward Cloud, and Face, all of which have been shown and honored at film festivals around the world. His 2006 feature I Don’t Want to Sleep Alone received the Cinema for Peace Award at the 2006 Venice Film Festival. A collection of interviews with the director was published by Dis Voir in 1999.

Paris-based filmmaker Claire Denis began her career as an assistant director to Wim Wenders, Jim Jarmusch, and Costa-Gavras. Her debut film, 1988’s Chocolat, was dubbed a “miniature classic” by The New York Times’ Vincent Canby. In the ensuing years, Denis has directed over 15 theatrical and television films, including J’ai Pas Sommeil (1994), Beau Travail (1999), L’intrus (2004), and White Material (2009); she is also a professor of film at the European Graduate School in Saas-Fee, Switzerland.