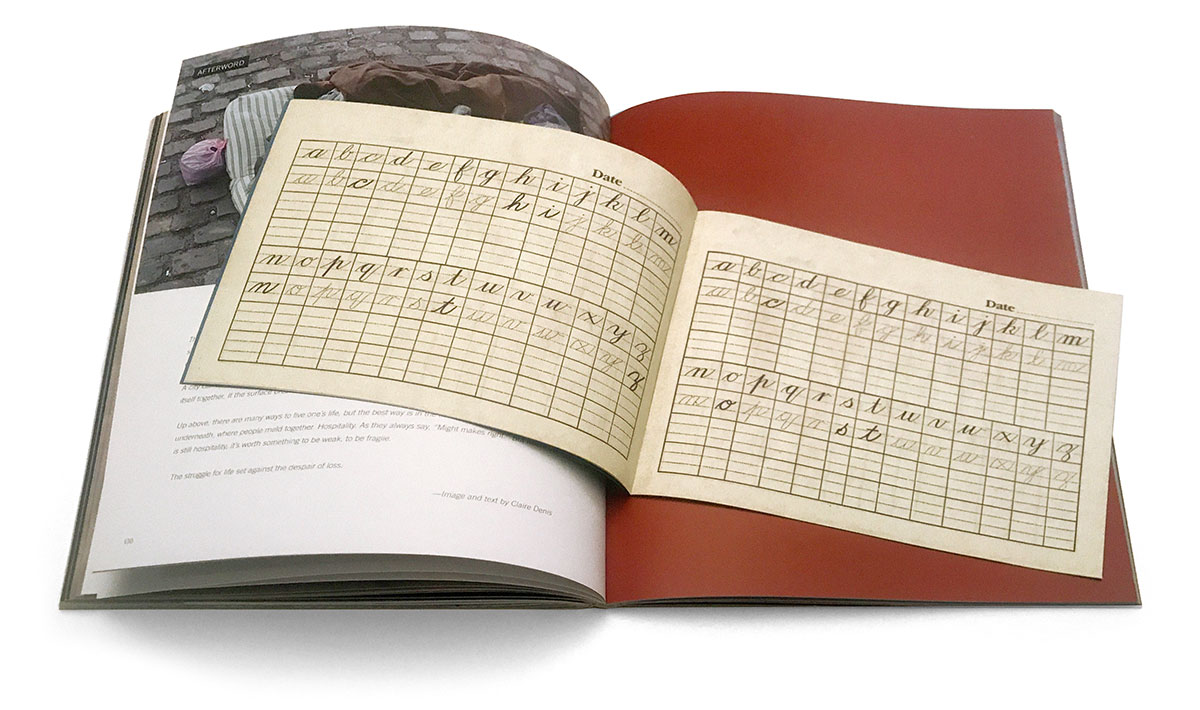 A special facsimile edition of a handwriting exercise book for elementary-school students, altered by the highly regarded conceptual artist.

Over the past three decades, Kay Rosen’s word-paintings have continually challenged the distinctions between verbal and visual representation. Her work has appeared in countless solo and group exhibitions and projects throughout the United States and Europe and has been featured in publications such as Bomb, Artforum, and Reallife. She is represented by Yvon Lambert in Paris and New York and by Klosterfelde Gallery in Berlin. Rosen, who was born in Corpus Christi, TX, is a three-time recipient of a Visual Arts Grant from the National Endowment of the Arts, as well as a 2017 Guggenheim Fellow. She now resides in Gary, IN, and teaches at the School of the Art Institute of Chicago.