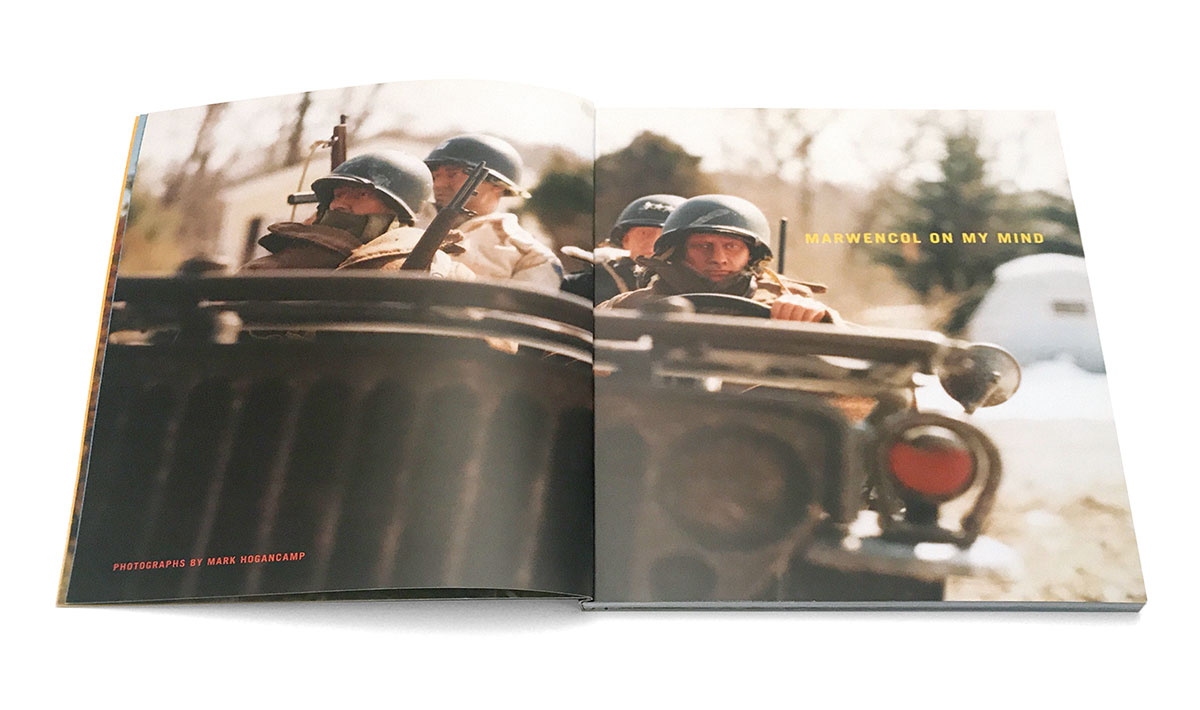 In April 2000, Mark Hogancamp was brutally attacked by five men in a Kingston, NY, parking lot. When he emerged from a coma nine days later, he could barely speak, eat, or walk due to brain damage. To help regain his physical and cognitive abilities, he decided to build by hand a fictional town in his backyard, then populate it with dolls standing in for himself, his friends and his family. We feature Hogancamp’s extraordinary photos of the town and its inhabitants here for the first time.

A carpenter, ex-navyman, and former showroom designer, Mark Hogancamp is an artist based in Kingston, NY. His work was first shown to the public in Esopus 5 and was brought to an even wider audience with Esopus subscriber Jeff Malmberg's award-winning 2010 documentary Marwencol. Hogancamp has been featured in a number of one-person exhibitions, including three curated by Esopus editor Tod Lippy at White Columns, NY (2006); Esopus Space, NY (2010), and Pioneer Works, Brooklyn (2014).  A feature film about Hogancamp starring Steve Carell and directed by Robert Zemeckis is scheduled for release in the fall of 2018.