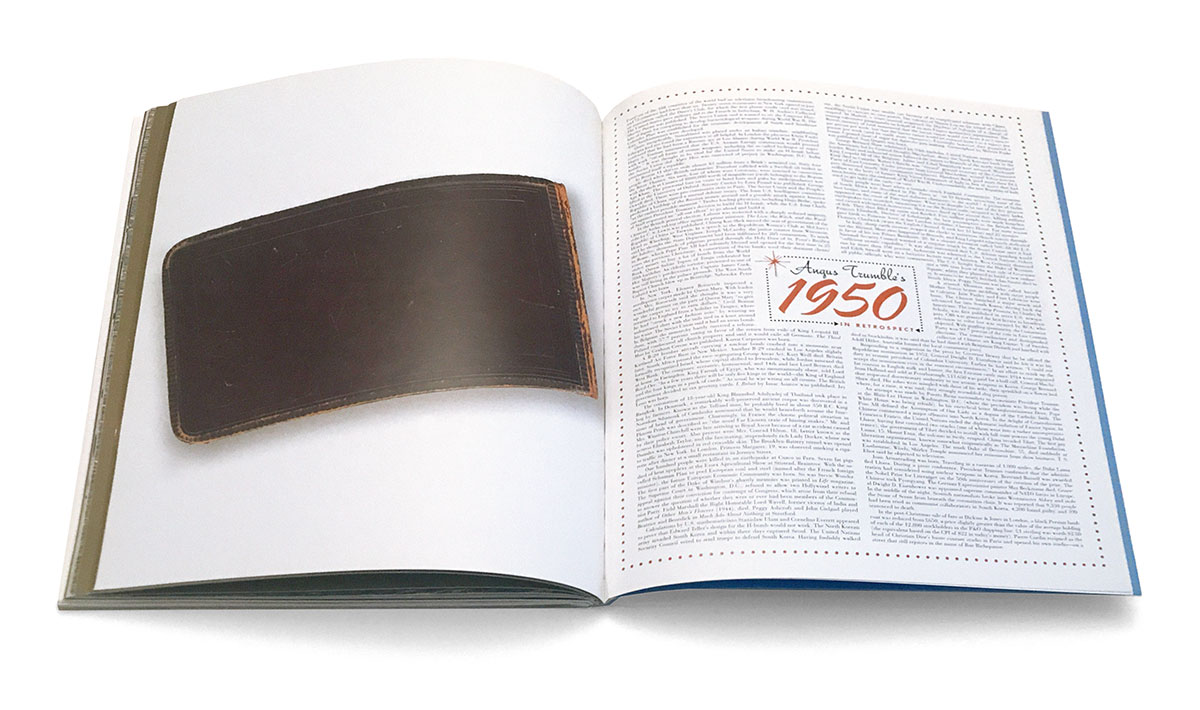 For this issue, our regular contributor delves headlong into 1950, chronicling the firsts of the era (credit cards, Peanuts, antihistamines) and what appeared to be the end of times (Truman’s decision to develop the H-Bomb, the first rumblings of McCarthyism).