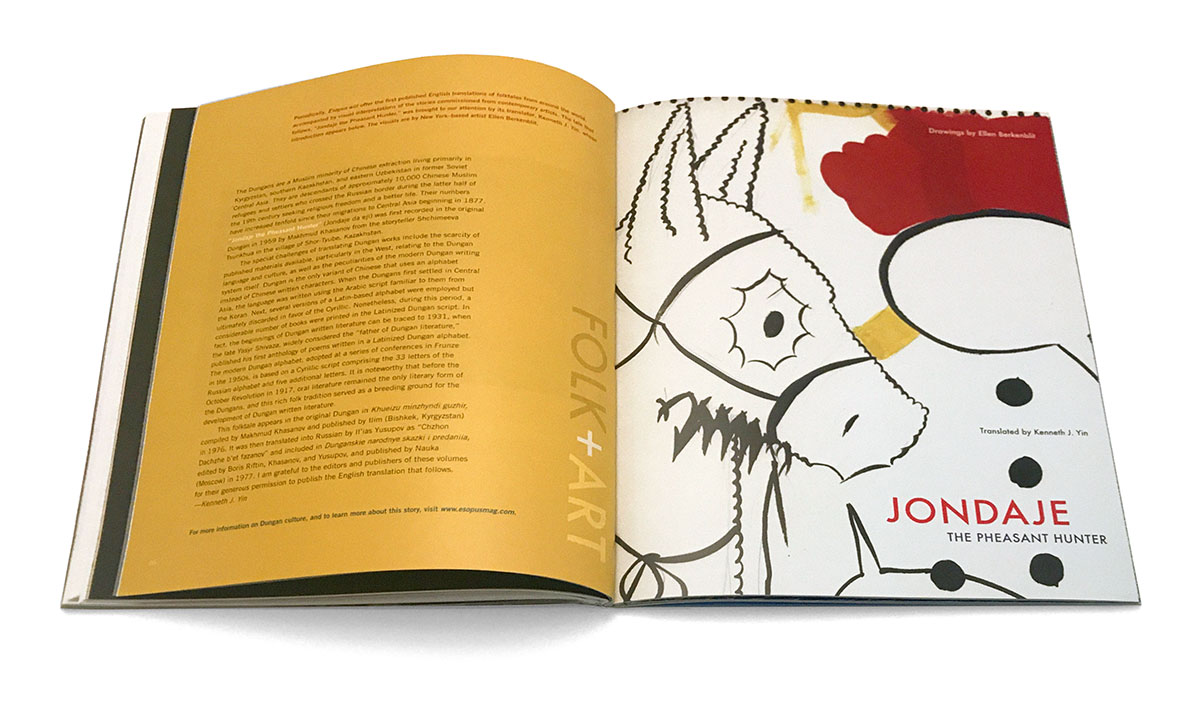 Periodically, Esopus will offer the first published English translations of folktales from around the world visually interpreted by contemporary artists. Our first offering is a tale from the Dungan tribe (a Muslim minority of Chinese extraction located mainly in Uzbekistan, Krygyzstan and Kazakhstan) that relates the story of a young man and his adventures with a white snake, a magical pumpkin gourd, and a new wife—who just happens to be the daughter of the Dragon Tsar. Learn more about Dungan culture here.

Artist Ellen Berkenblit shows at New York’s Anton Kern Gallery and has also exhibited at Charim Klocker Gallery in Vienna and TBA Gallery in Chicago. Her numerous group exhibitions include those at the Galeria D’Arte Moderna in Bologna, New York’s New Museum of Contemporary Art, and the American Academy of Arts and Letters. A graduate of Cooper Union, Berkenblit lives and works in Brooklyn.

Kenneth J. Yin is a lecturer in the department of Education and Language Acquisition at LaGuardia Community College of the City University of New York, where he teaches modern languages (English, Chinese, and Russian). He has also taught at Queens College, Pratt Institute, and the China Institute in America.