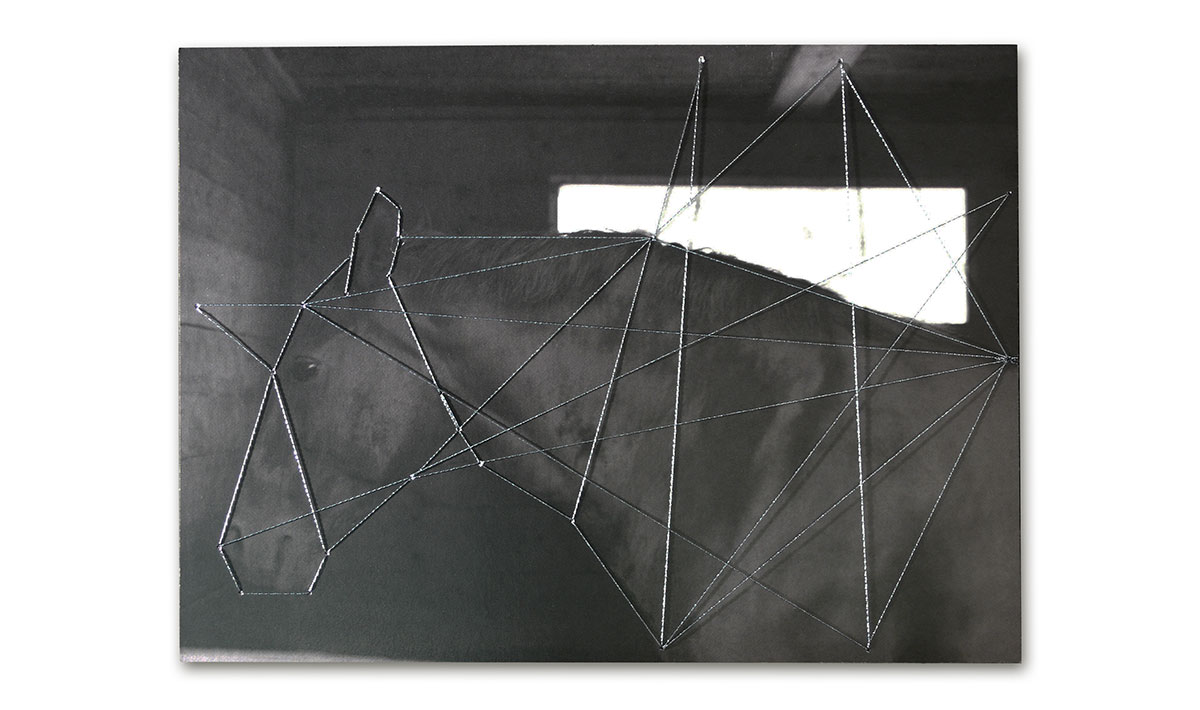 This stunning new 2- sided stitched photo created exclusively for Esopus by Berend Strik comes in two forms: a hand-sewn version that was included only in copies sent to subscribers when the issue was released, and a facsimile version overprinted with a specialty metallic ink.

Amsterdam-based artist Berend Strik has created work in a variety of media but is perhaps best known for his “stitched photos,” which combine embroidery with photographic images. Strik’s art has been featured in solo exhibitions at Gallery Fons Welters in Amsterdam, Jack Tilton Gallery in New York, Richard Heller Gallery in Los Angeles, Galerie Lars Bohman in Stockholm, and Blindarte Contemporanea in Naples. He is the recipient of a Dorothea von Stetten Art Award, a Charlotte Köhler Prize, and a Prix de Rome. A collection of his work, Berend Strik: Body Electric, was published by Valiz in 2004.