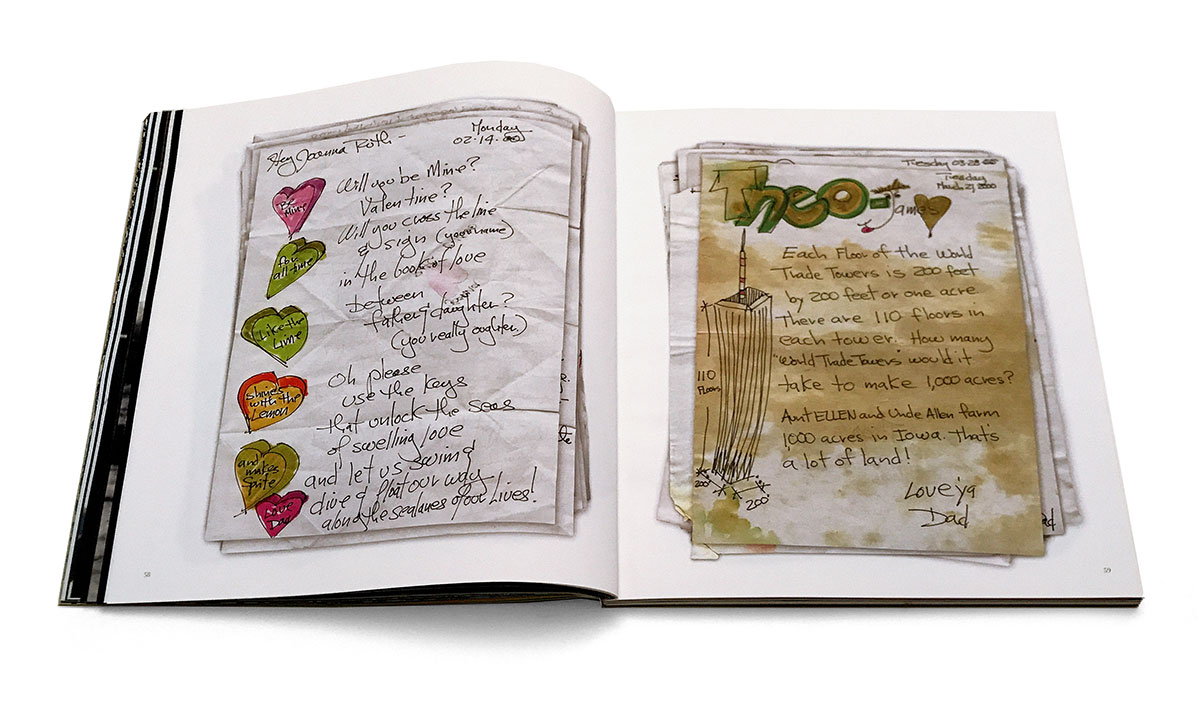 Exhibition designer Robert Guest has been getting up at dawn every school day for the past 15 years to write a note to each of his two children, Joanna and Theo. Included in Esopus 10 is a sampling of the thousands of letters written by Guest and collected by his wife, Gloria, from lunchboxes and laundry piles.

Robert Guest’s company, R.H. Guest, has produced more than 850 permanent and temporary installations over the past 20 years. Guest’s clients include the Metropolitan Museum of Art, the Chicago Historical Society, Time Warner, Tiffany & Co., Santa Ana’s Discovery Science Center, and the New York Public Library. He lives with his wife and children in Brooklyn.