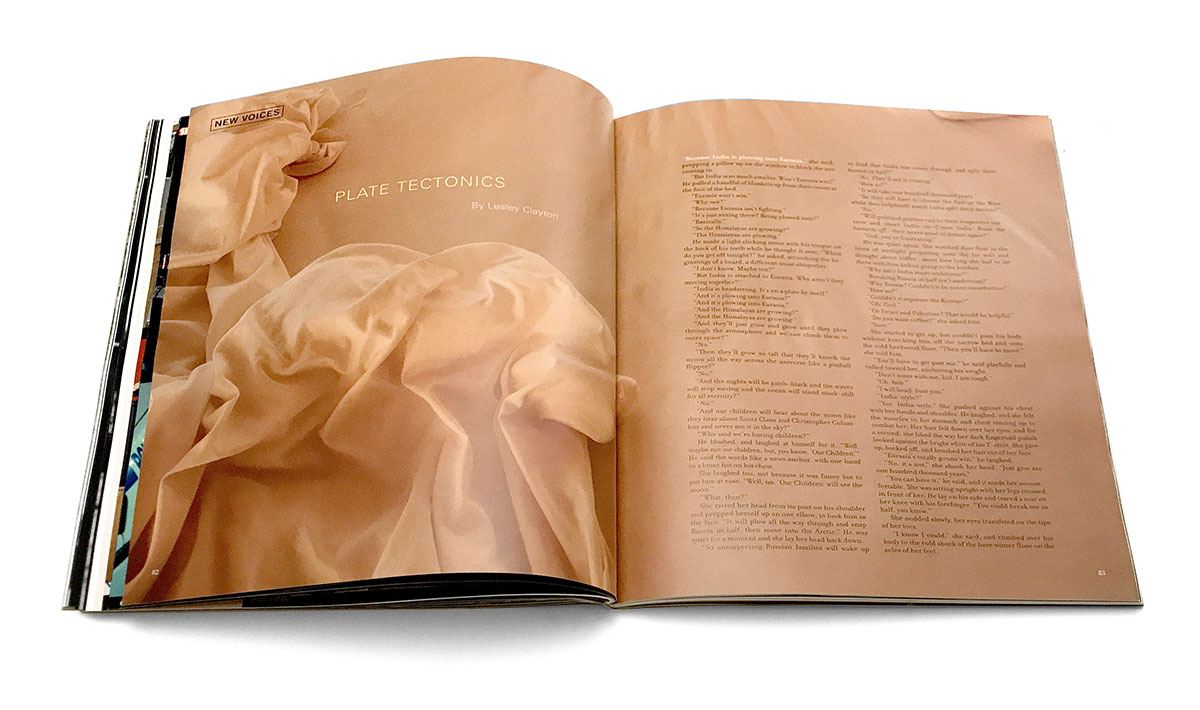 “Because India is plowing into Eurasia,” she said, propping a pillow up on the window to block the sun coming in.   “But India is so much smaller. Won’t Eurasia win?”

He pulled a handful of blankets up from their twists at the foot of the bed.

“It’s just sitting there? Being plowed into?”

Fifth in our series of fiction by previously unpublished authors is this brief, perfectly rendered glimpse of the shifting boundaries between new lovers.

Lesley Clayton studied English at the University of Texas and lives in Austin. “Plate Tectonics” is her first published story.