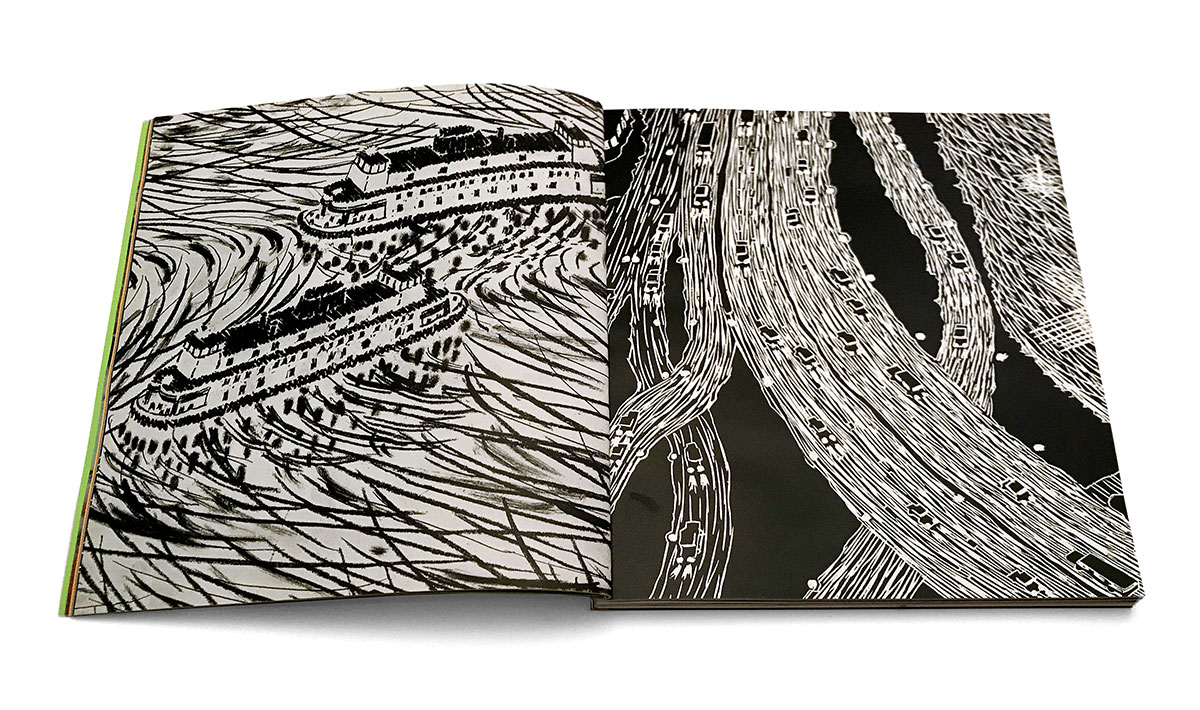 The acclaimed New York–based artist creates a new work by juxtaposing details from 25 years’ worth of black-and-white prints.

Yvonne Jacquette’s prints, paintings, and pastels of cityscapes—usually depicted from aerial vantage points—have been the subject of countless museum and gallery exhibitions around the world over the past 40 years. Her work is included in the permanent collections of institutions such as the Metropolitan Museum of Art, the Museum of Modern Art, the Whitney Museum of American Art, and the Staatliche Museum in Berlin. Jacquette, who divides her time between New York City and Maine, graduated from the Rhode Island School of Design in 1956 and has taught at Parsons School of Design in New York City and at the Graduate School of Fine Arts at the University of Pennsylvania, where she has been a visiting critic since 1991. She received the Painters Award from the American Academy of Arts and Letters in 1990, a Guggenheim Foundation Grant in 1997, and the Andrew Carnegie Prize in 1998.