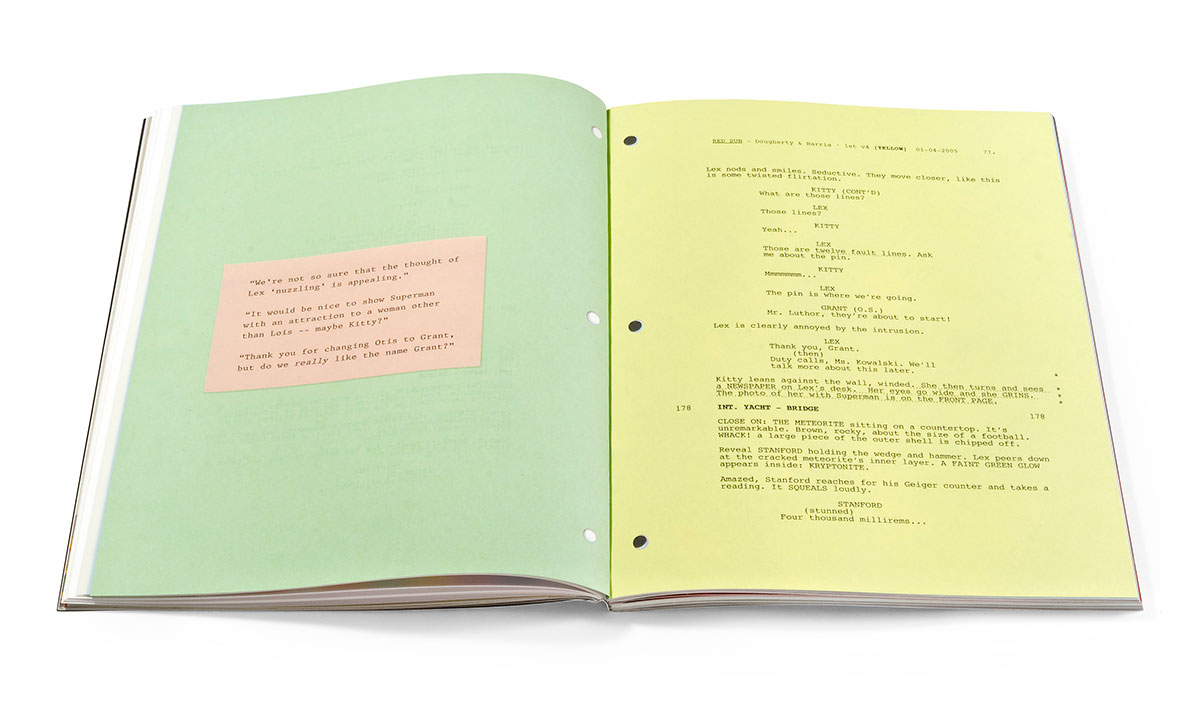 “I’m in a business that’s a means to an end. Scripts are blueprints, plain and simple...plans—architectural plans, where numbers and values are very important. We don’t write scripts to be sold—we write them to be turned into movies.”—Dan Harris

Writer/director Dan Harris is best known for his screenwriting work on Superman Returns and X2: X-Men United (which earned him and his writing partner Michael Dougherty a place among Variety’s “Top 10 Screenwriters to Watch”). Harris directed the short The Killing of Candace Klein (which played at the 2002 Sundance Film Festival) and the 2004 feature film Imaginary Heroes, starring Sigourney Weaver, Emile Hirsch, and Michelle Williams. The Columbia University graduate is also a photographer whose work has been published in Visionaire and Vanity Fair.