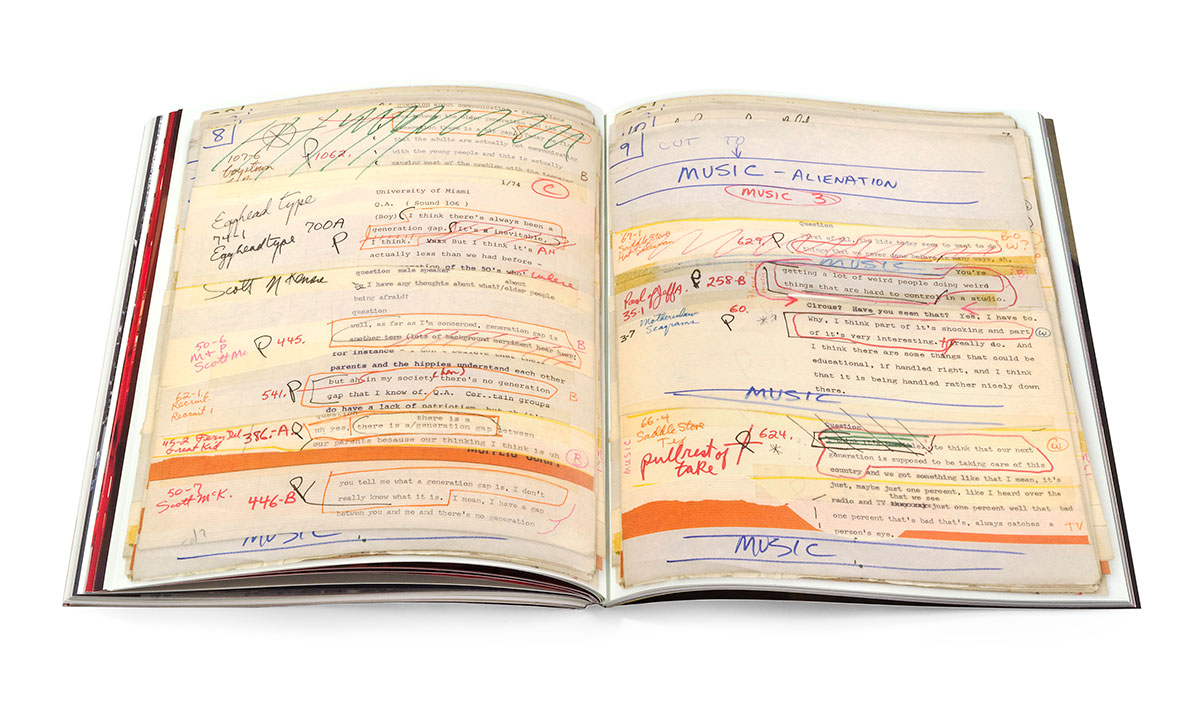 In the ’60s, before Sesame Street and The Muppet Show made Jim Henson a household name, the lanky puppeteer directed several short films. One of them, the hour-long documentary Youth ’68, made its debut on the “NBC Experiment in Television” program on April 21, 1968. In this first installment of “For Your Reconsideration,” a new Esopus series which will present forgotten works by well-known figures, we feature an excerpt from Henson’s script for the film. Part screenplay, part collage, it offers a fascinating glimpse into Henson’s hands-on working method and conveys his unique perspective on a tumultuous period in U.S. history.

While a freshman at the University of Maryland, Jim Henson (1936–1990) was given his own puppet show, Sam and Friends, on a local NBC affiliate. Its success led to guest appearances on national talk shows and to hundreds of commercials for sponsors throughout the country. In the late 1960s, Henson and his team produced more than two dozen live-action and animated shorts for children’s show Sesame Street, and in 1975, the “Muppets” characters he had been developing and refining over the past decade made their television debut on The Muppet Show. The program’s remarkable success led to feature films including The Muppet Movie, The Muppets Take Manhattan, and Muppets From Space. During the 1980s, Henson brought two fantasy films to the big screen, The Dark Crystal and Labyrinth, and also created a number of other TV series and specials, including Fraggle Rock, Jim Henson’s The Storyteller, and Jim Henson’s Greek Myths.