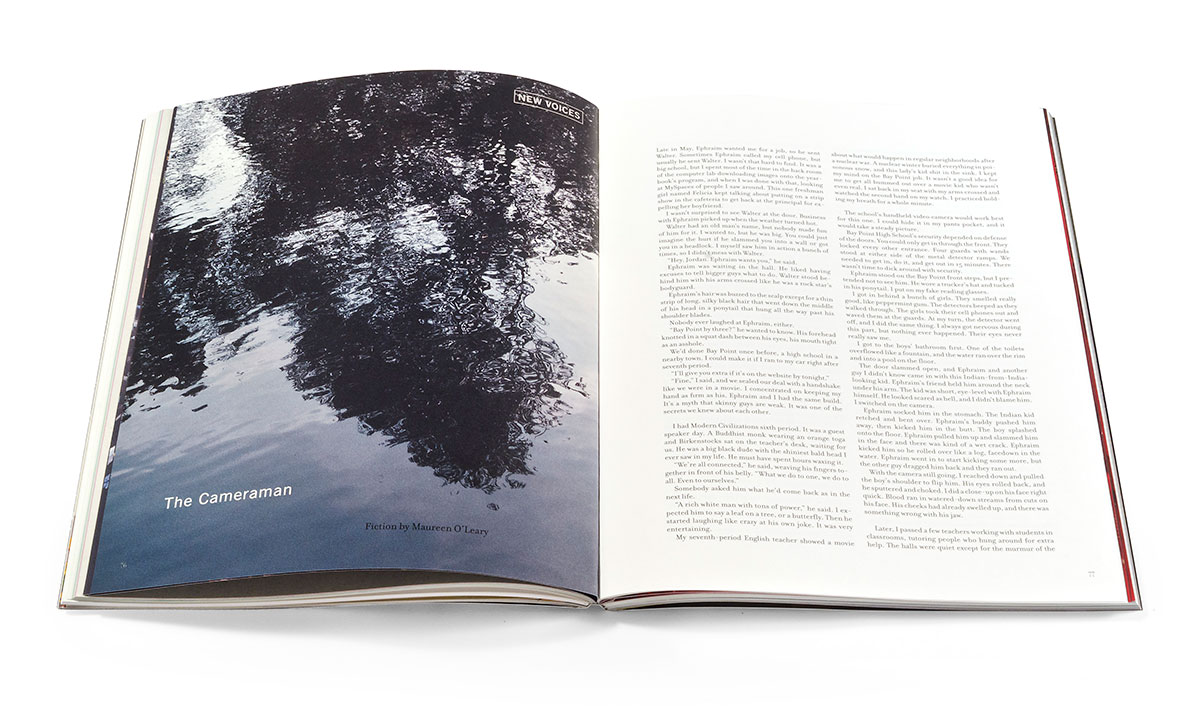 “The sandy bottom of the reservoir glittered with fool’s gold. The surface was cold and smooth under my fingers. It would be awesome to jump into it that minute. There was no one around to stop me. Ephraim still had his eyes closed. He was only pretending to be asleep, but he looked almost innocent, like just a kid in a rowboat. I couldn’t imagine Ephraim as anything other than the freak show he was, but at some point he must have been young. He couldn’t have always been this hard and crazy. Or maybe he was. Maybe he was a kicking, scratching, pissed-off baby.”

Sixth in our series of fiction by never-before-published authors.

Maureen O’Leary is a schoolteacher who lives in Sacramento, CA, with her husband and their two daughters. “The Cameraman” is her first published work.