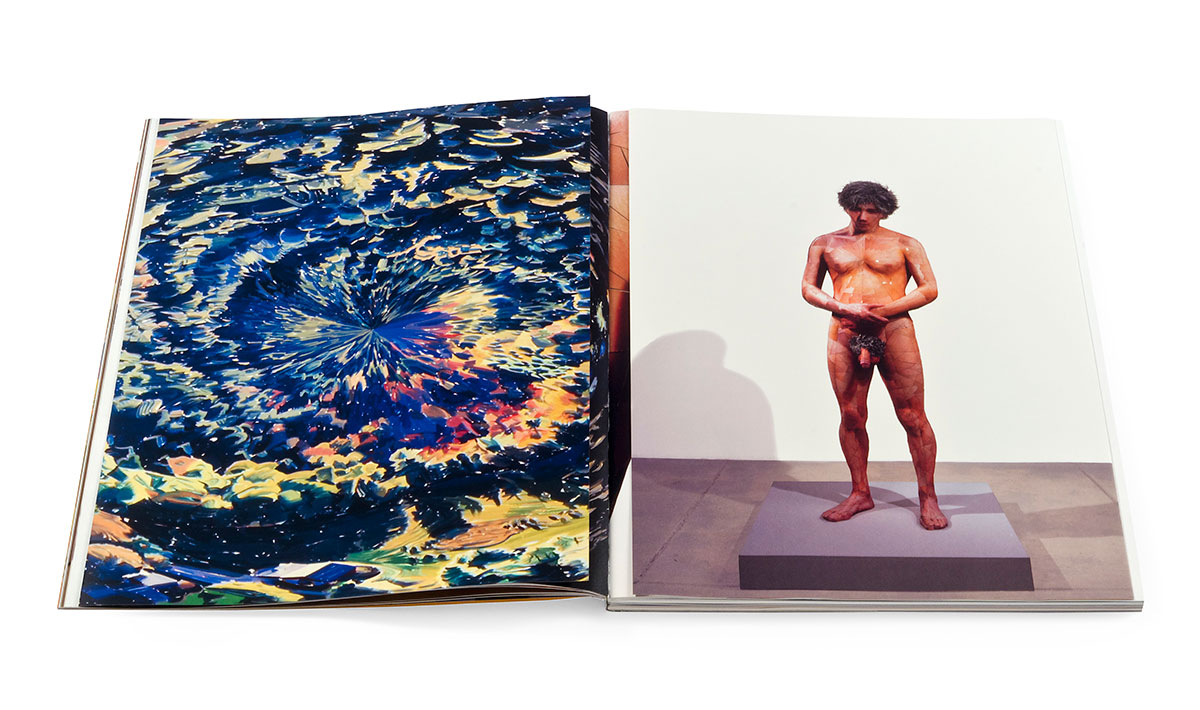 Multimedia artist Oliver Herring and painter Peter Krashes met 24 years ago while studying art in Oxford, England. As studio mates and partners they have lived and worked alongside each other since. Here, they stage a fascinating “conversation” between the works they have created over the years.

Born and raised in Heidelberg, Germany, artist Oliver Herring currently lives and works in Brooklyn. Represented by Max Protetch Gallery in New York, Herring has had solo exhibitions at the Museum of Modern Art, the Hirshhorn Museum and Sculpture Garden in Washington, D.C., and the Tang Teaching Museum in Saratoga Springs, NY, among many other venues. He earned a B.F.A. from Oxford University’s Ruskin School of Drawing and Fine Art and an M.F.A. from Hunter College in New York City. Herring has received grants from Artspace, New York Foundation for the Arts, and the Joan Mitchell Foundation.

Brooklyn-based painter Peter Krashes received a B.A. from Middlebury College and a B.F.A. from Oxford University’s Ruskin School of Drawing and Fine Art. His work has been exhibited at Derek Eller Gallery in New York, the Aldrich Museum in Ridgefield, CT, and Guild Hall in East Hampton, NY. Krashes, who has been awarded grants from the Joan Mitchell Foundation and the National Endowment for the Arts, is currently a Visiting Artist in Advanced Painting at the Cooper Union School of Art.