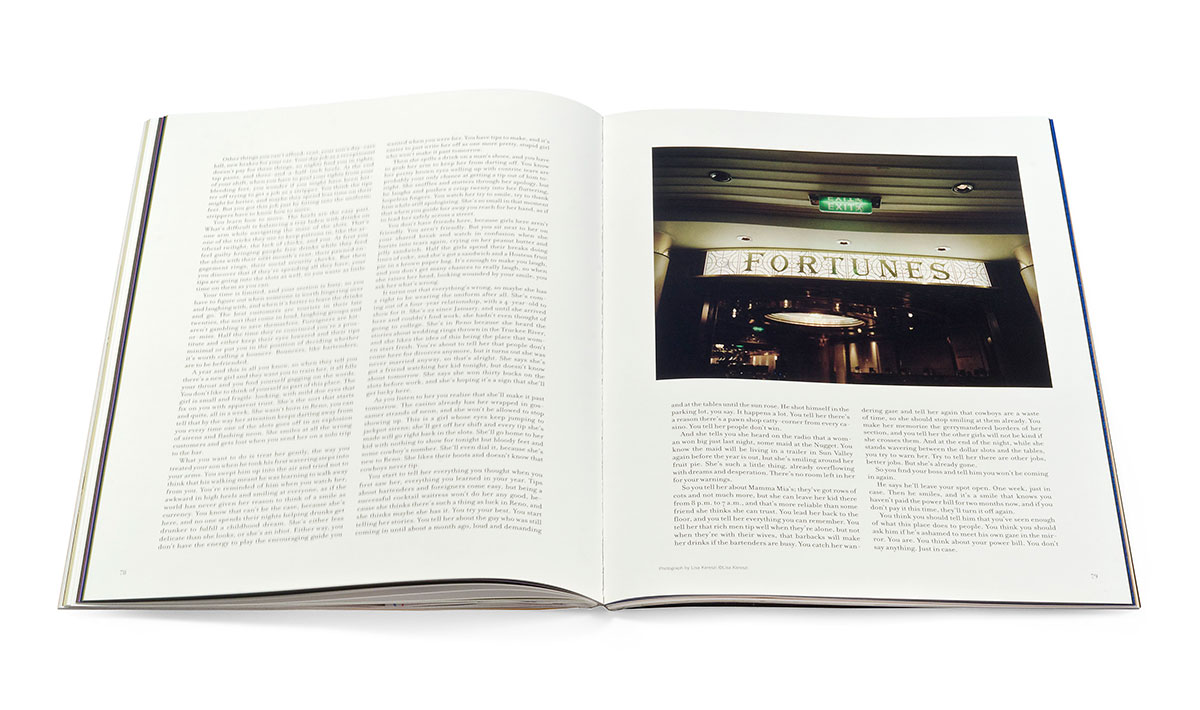 “If they’re drinking bourbon with their orange juice, they won’t be tipping. You learn that the first time you work graveyard and discover that some of the regulars never go home. You learn it then because no one will teach you; after the first night of following nervously behind one of the more experienced girls, you’re on your own. If you run into a problem, improvise.”

Seventh in our series of fiction by never-before-published authors, this bracing story-monologue is part primer, part cautionary tale.

“How to Win in Reno” is Kelly Sandoval’s first published story. Sandoval earned a degree in creative writing from Western Michigan University. She lives with her boyfriend near Chicago.

Pennsylvania native Lisa Kereszi graduated from Bard College with a double major in photography and literature/creative writing in 1995 and received her M.F.A. from Yale in 2000. Represented by Yancey Richardson Gallery in New York, Kereszi lives in New Haven, CT, where she is on the faculty at the Yale School of Art. Her photographs are in the permanent collections of the Whitney Museum of American Art, the New Museum of Contemporary Art, the Brooklyn Museum, and the Berkeley Art Museum, as well as in many private collections. Her book on striptease, Fantasies, was published by Damiani in 2008; Fun and Games (2009) was published by Nazraeli Press.