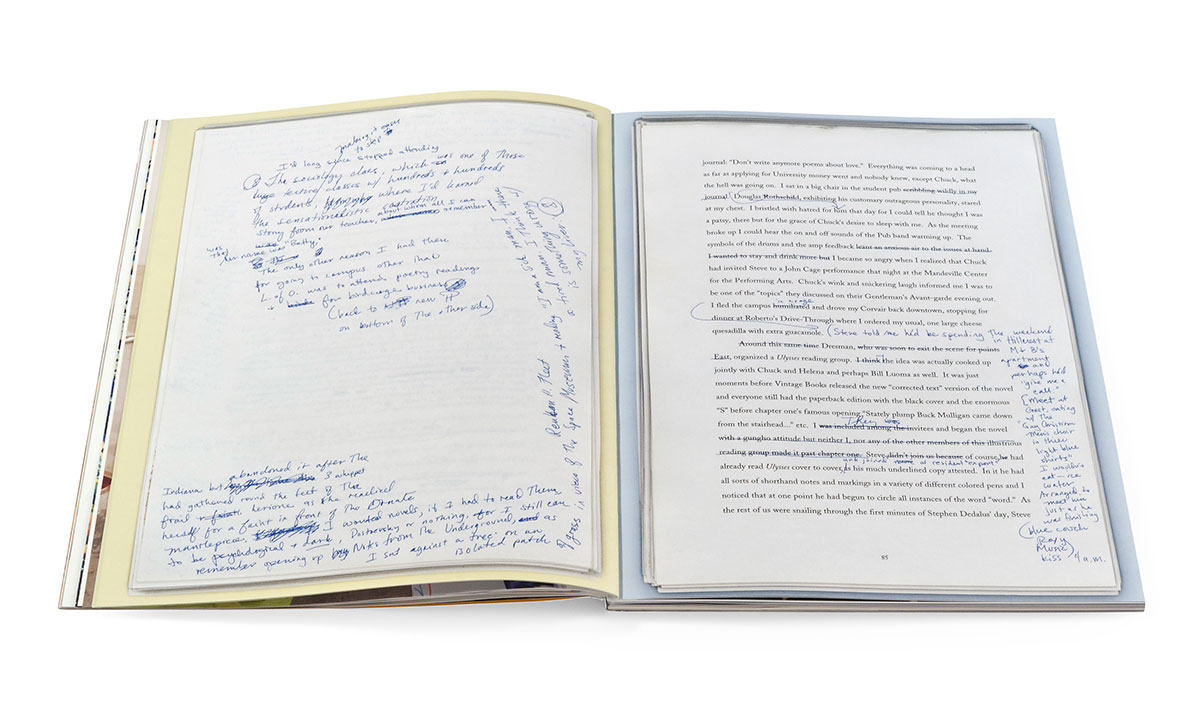 The acclaimed poet revisits the creative process behind her 2007 memoir—and shares pages from the original manuscript.

A native of San Diego, Jennifer Moxley is a poet, editor, and French translator. She holds a B.A. from the University of Rhode Island and an M.F.A. from Brown University. Moxley is the author of Clampdown (Flood, 2009), The Middle Room (Subpress, 2007), The Line (Post-Apollo, 2007), Often Capital (Flood, 2005), The Sense Record and other poems (Edge, 2002), and Imagination Verses (Tender Buttons, 1996). Her poem “Behind the Orbits” was chosen by Robert Creeley for inclusion in The Best American Poetry 2002. Moxley teaches poetry and poetics at the University of Maine and has been the poetry editor for The Baffler magazine since 1997.