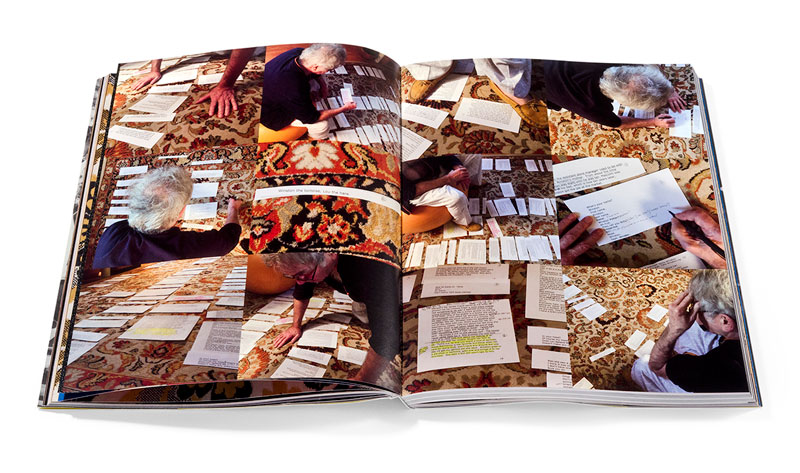 “I think somebody being desperate enough to become foolish is wonderfully human. And the more desperate and the more foolish—and the more intelligent—the better. The idea of losers is beautiful, especially at a literary distance. It’s quixotic, and we love windmills.”—Hampton Fancher

Subjects pulled from the headlines have longed served as a treasure trove of source material for feature films, including classics like Battleship Potemkin, Dog Day Afternoon, and Zero Dark Thirty. For the eighth Esopus subscriber invitational, we asked readers to submit an item from a local news source—such as their town’s newspaper or a neighborhood blog—that they felt made great movie material. We invited legendary screenwriter Hampton Fancher (Blade Runner) to choose the submission that offered the best prospects for a screenplay adaptation, then asked him to write a film treatment inspired by his selection. In the end, Fancher was drawn to not one, but two subscriber submissions. He discusses his particular attraction to both, and his unique methods of approaching a film adaptation and screenwriting in general, in an interview that opens the piece.

Hampton Fancher was born in East Los Angeles in 1938, and moved in his teens to Spain to become an accomplished flamenco dancer (briefly changing his name to Mario Montejo in the process). He returned to L.A. in the early ’60s and established himself as an actor in TV westerns such as The Rebel, Maverick, and Have Gun, Will Travel. Fancher eventually gave up acting to write screenplays, and he is perhaps best known as the screenwriter for Ridley Scott’s seminal 1982 film Blade Runner, which was selected for preservation in the United States Film Registry in 1993. He has written the scripts for a number of other films, including The Mighty Quinn (1989) and The Minus Man (1999), which he also directed (and which was nominated for a Grand Jury Prize at Sundance that same year). Fancher recently completed the screenplay for director Denis Villeneuve’s Blade Runner sequel.