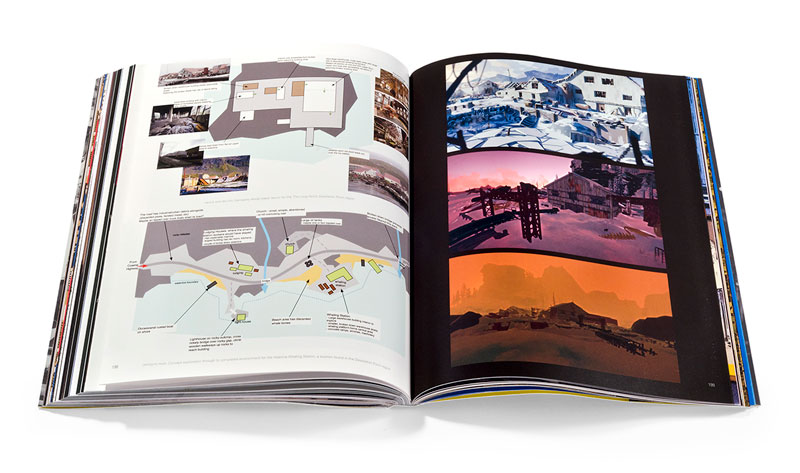 “One thing big action games have become great at is delivering a fantasy of being a powerful warrior who can overcome all odds. In a way, that’s what games have always been, right? One of the things about The Long Dark is that it’s the exact opposite of that. It’s putting you into a scenario where you know you’re going to fail; you know you’re going to die. How can you prolong that and make good choices that will sustain you as long as possible? Can you face that mortality?”—Raphael van Lierop

An in-depth interview with Raphael van Lierop, the founder of Hinterland Studio, the independent video game developer responsible for survivalist game The Long Dark, is followed by a wealth of visuals featuring never-before-seen concept art and screenshots from the groundbreaking game. (Includes a removable 24" x 36" poster)

Raphael van Lierop is the founder and creative director of Hinterland, an independent game studio based in North Vancouver Island responsible for the influential video game The Long Dark. Van Lierop has been making games since 2001 as a director, writer, producer, and designer. He’s worked at renowned studios such as Relic Entertainment and Ubisoft Montreal, and has contributed to the award-winning titles Company of Heroes (still the highest-rated real-time strategy game of all time), Far Cry 3, and Warhammer 40,000: Space Marine. As a creative consultant, he’s helped several major entertainment companies develop new intellectual property in film, television, and video-game spaces. He has also spoken internationally on a variety of subjects related to the development of original IP and game-development methodology.