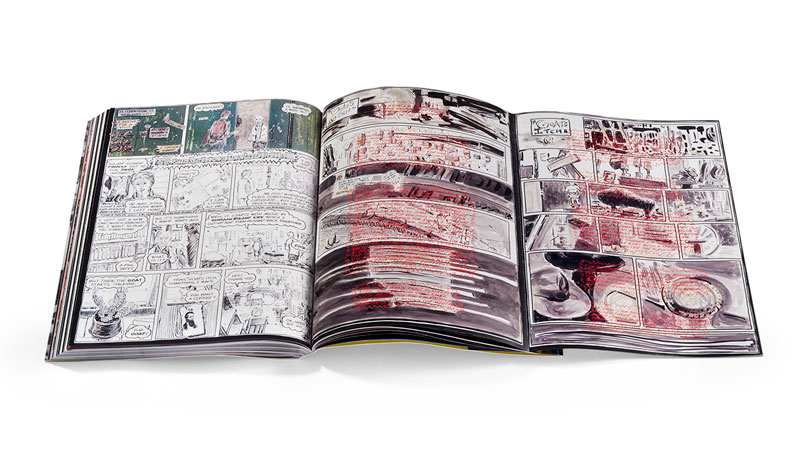 Artist George Cochrane takes on the resonant subject of music and its incalculable impact on our lives in this  graphic novel, which features contributions from his daugher, Fiamma Cochrane, as well as those from contemporary artist Richard Nonas and author William Sutton.

George Cochrane is a Brooklyn-based artist, graphic novelist, and associate professor of art at Fairleigh Dickinson University. He received his B.A. from Sarah Lawrence College and an M.F.A. from Hunter College, City University of New York. His work has been exhibited at Guild Hall, East Hampton, New York; Momenta Art, Brooklyn; and Martin Kudlek, Cologne. His most recent project is Long Time Gone, throughout which Cochrane interweaves the drawings and text of his daughter, Fiamma, with his own. Its first three chapters were exhibited in 2009 at MASS MoCA, North Adams, Massachusetts; that same year, Cochrane presented a paper on collaborating with his daughter at the College Art Association’s 97th annual conference in Los Angeles.

Fiamma Cochrane, an eighth-grader at M.S. 51 in Brooklyn, is a member of Brooklyn Youth Chorus and performs with Wingspan Arts. Since she was 5, Cochrane has collaborated with her father, George Cochrane, on the 24-chapter autobiographical novel Long Time Gone.

Richard Nonas is an American sculptor, installation artist, and anthropologist whose work, varying in shape, size, and weight, shows viewers how objects can be used to perceive (and construct) the emotional character of a landscape. Born in New York in 1936, Nonas worked for 10 years as a cultural anthropologist, studying the way indigenous cultures in Mexico, Canada, and Arizona conceptualize space, before he began sculpting in the 1960s without any formal art education. His first exhibit was in 1971 at the University of Rochester in Rochester, New York, and he has exhibited extensively in the United States and abroad in the five decades since.

Born in Scotland, William Sutton is a novelist, musician, and Latin teacher based in Southsea, England. He has written for The London Times, as well as for radio and stage, and is the author of the Campbell Lawless Victorian Mysteries series.