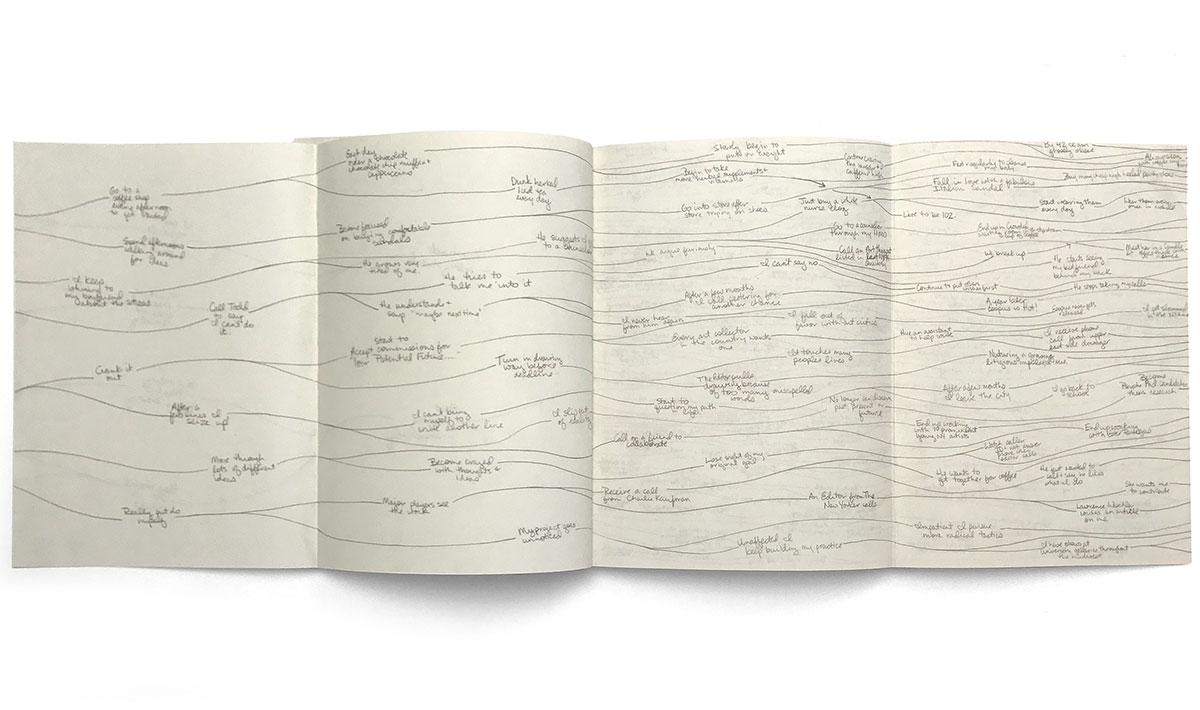 Esopus asked Campbell to create a project for our inaugural issue, and her response was “My Potential Future Based on Present Circumstances, 6/29/03.” In this 10-panel foldout, the artist ponders the various possibilities (from winning the Nobel Prize to being banned from Macy’s) resulting from her decision to contribute.

Beth Campbell’s work has been shown across the United States, including at The Whitney Museum, MoMA’s P.S. 1, The Andy Warhol Museum, The Carnegie Museum of Art, The Sculpture Center, and many New York galleries. Her work has also been shown internationally, including at spaces in London, Paris, Seoul, and Zurich. She received her MFA from Ohio State University, and attended the Skowhegan School of Painting and Sculpture. She lives and works in Brooklyn, NY.