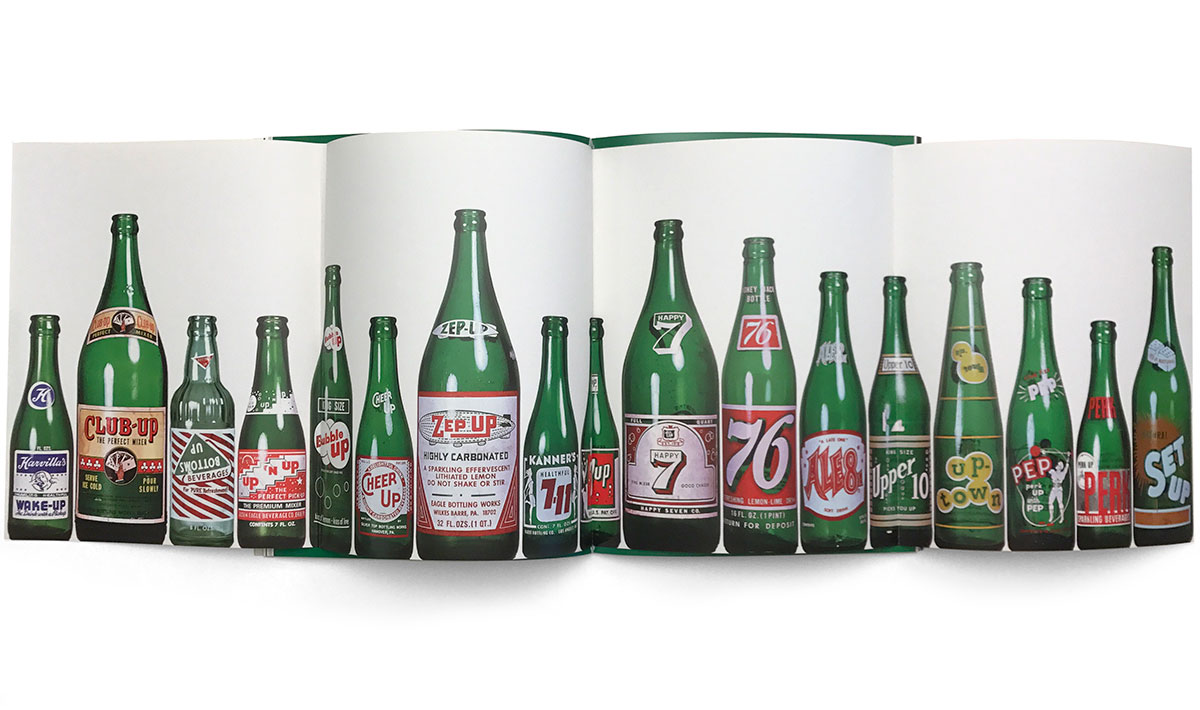 In a number of its early issues, Esopus included a themed arrangement of objects contributed by Alex Shear, the legendary collector who has amassed more than 100,000 pop-culture artifacts over the past 30 years. The first offering, “Object Lesson #1,” came in the form of a 9" x 36" removable poster that featured a “line-up” of soda bottles that shamelessly echo the original 7-Up logo.

Alex Shear has compiled a collection of over 100,000 20th-century pop-culture artifacts in his apartment on Manhattan’s Upper West Side. In the ‘70s, Shear was a highly successful designer of housewares and clothing; since 1990, he has focused exclusively on acquisition, and objects from his collection have been featured in exhibitions at Manhattan’s Children’s Museum and the Cooper-Hewitt National Design Museum, among others.