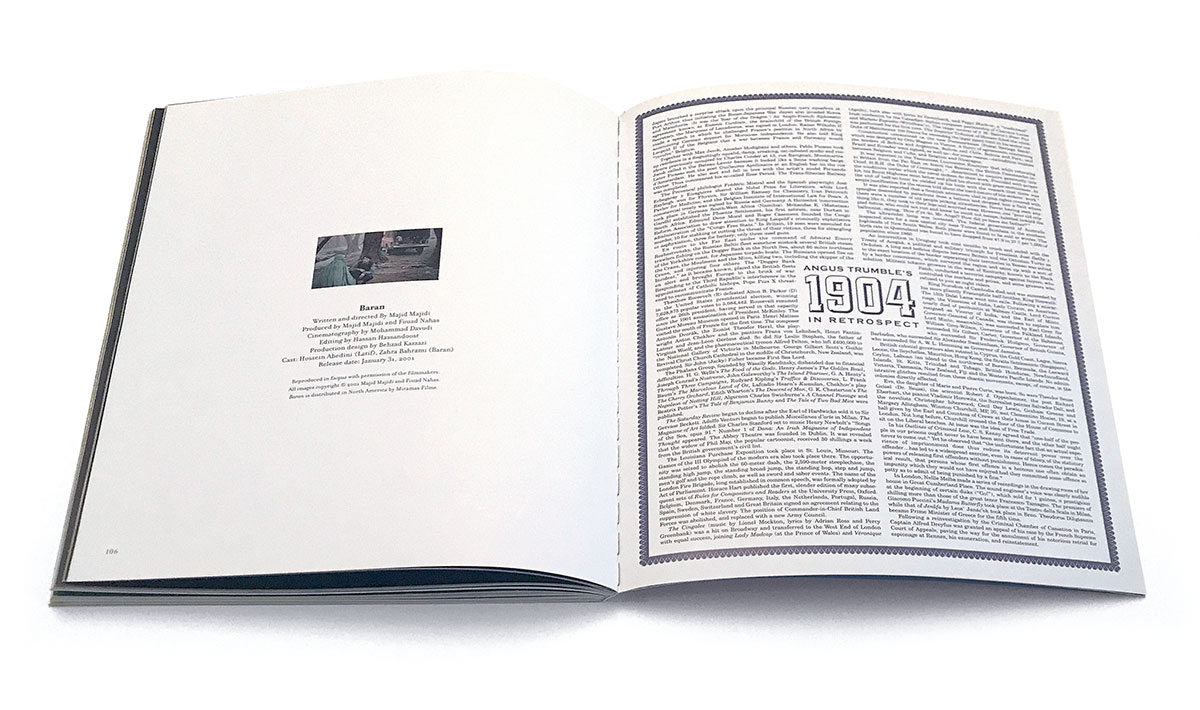 “The ultra-violet lamp was invented. Melbourne Grammar School defeated Prince Alfred College in the first interstate Australian Rules football match. Amid much controversy among older members, the committee of the Naval & Military Club in Melbourne, hoping for better attendances, decided to open on Sundays....”

Esopus’s resident chronologer details the myriad events, momentous and miniscule, of 1904 in this debut of his “Year in Retrospect” column in the magazine.