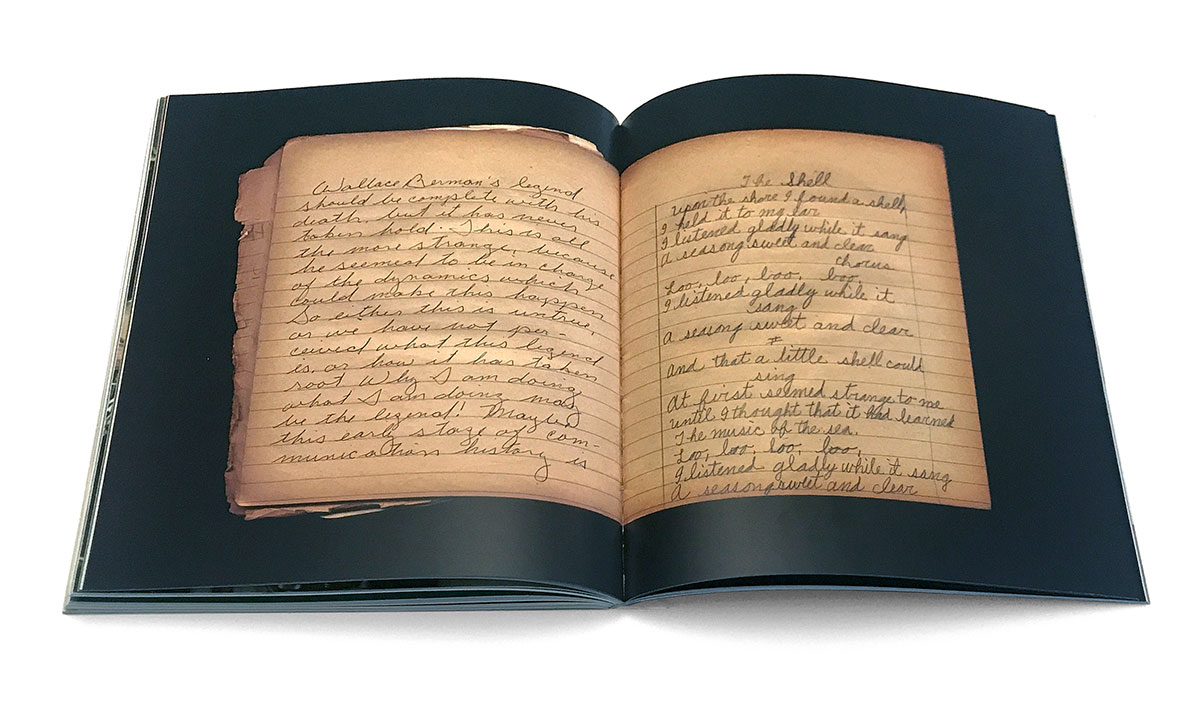 Early in the summer of 2002, Esopus approached Tuttle with a composition book from the ‘40s found in a Maryland thrift shop, in which a schoolgirl had diligently copied a series of short works by well-known poets on each right-hand page. The artist decided to write an appreciation of Wallace Berman—an enormous influence on his work and artistic outlook—on the blank left-hand pages. The resultant “conversation” became the artwork—a playful and provocative addition to Tuttle’s oeuvre.

Richard Tuttle’s first solo exhibition was at New York’s Betty Parsons Gallery in 1965. Over the ensuing years his work has been featured in one-person exhibitions at the Whitney Museum and the Museum of Modern Art, as well as countless other galleries and museums in the U.S., Europe and Asia. He is a recipient of a Skowhegan Medal for Sculpture and an Aachen Art Prize.