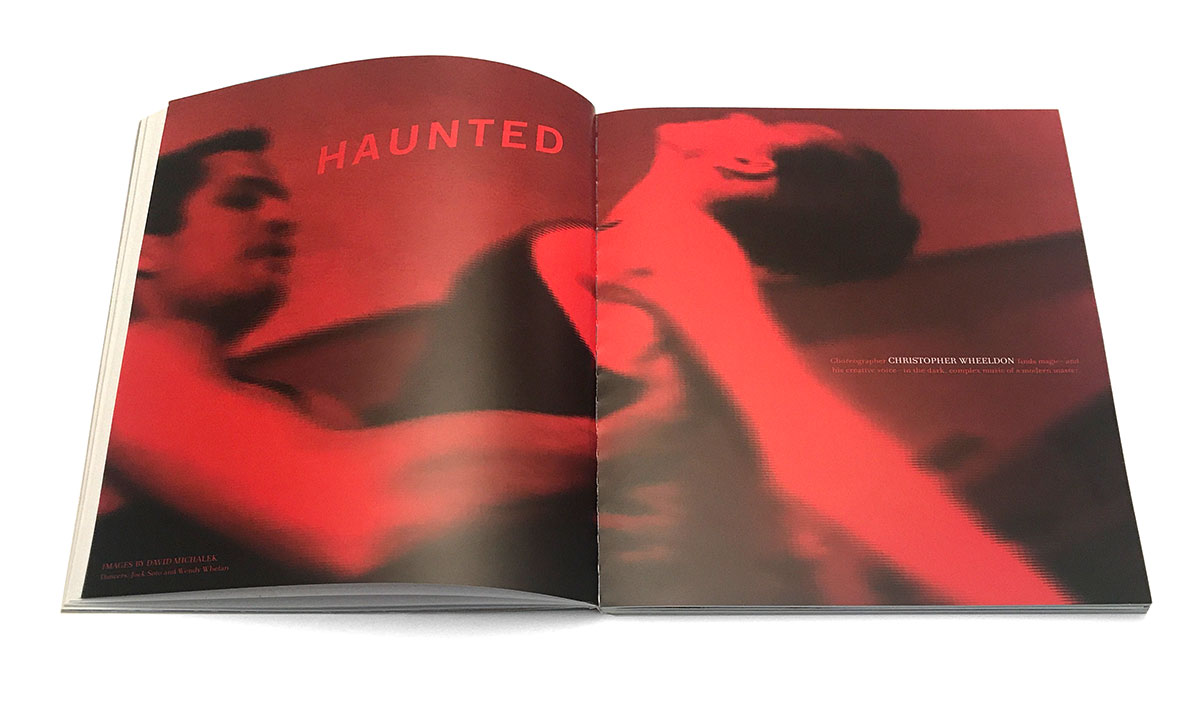 “I knew this was where I would begin, but beyond that, it was anyone’s guess; the other pieces seemed like a complicated web of rhythm and atonality—grotesquely poetic to an extent that I found interesting, yet deeply intimidating.”—Christopher Wheeldon

As a 12-year-old piano student, Christopher Wheeldon bridled when he was forced to play the atonal music of Györgi Ligeti. Years later, the maverick choreographer revisited the Hungarian composer’s difficult, even frightening, music, using it as inspiration for three groundbreaking ballets. Here, Wheeldon discusses his choreographic process in detail, and relates the importance of being deeply challenged by a work of art. The essay is accompanied by a portfolio of images by David Michalek featuring New York City Ballet principal dancers Jock Soto and Wendy Whelan.

Originally a soloist with the New York City Ballet, British-born Christopher Wheeldon was NYCB’s Resident Choreographer from 2001 to 2008. In 2006, Wheeldon created Morphoses/The Wheeldon Company, which began to produce without his name in 2010, when he resigned. Wheeldon was the subject of the TV documentary Strictly Bolshoi (2007). He has continued to choreograph internationally, including for the Royal Ballet and the Bolshoi Ballet.

Artist David Michalek, who is based in Manhattan, has worked as a freelance portrait photographer and creates performance-based work and multidisciplinary installations. His work has been shown at the Brooklyn Museum, the Venice Biennale, and Lincoln Center, as well as many other spaces, both national and international.