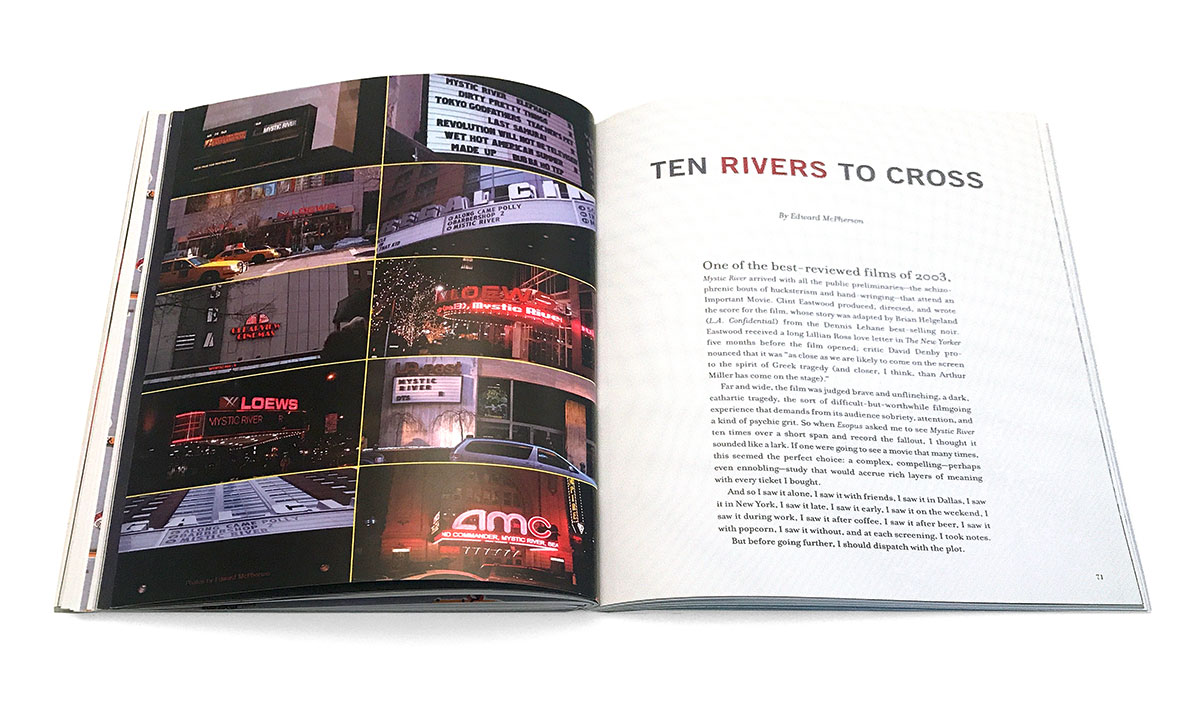 Esopus asked writer Edward McPherson to see the critically acclaimed film Mystic River ten times and record, as he put it, “the fallout” from his repeated viewings. Over the course of a frigid January, McPherson accomplished his mission. In his notes, we witness the unraveling of more than the film’s byzantine plot.

Edward McPherson is the author of several books, including Buster Keaton: Tempest in a Flat Hat, and The Backwash Squeeze and Other Improbable Feats: A Newcomer’s Journey into the World of Bridge, and has contributed to The New York Times Magazine, The New York Observer, Salon, and Talk magazine, among others. He teaches in the creative writing program at Washington University in St. Louis.