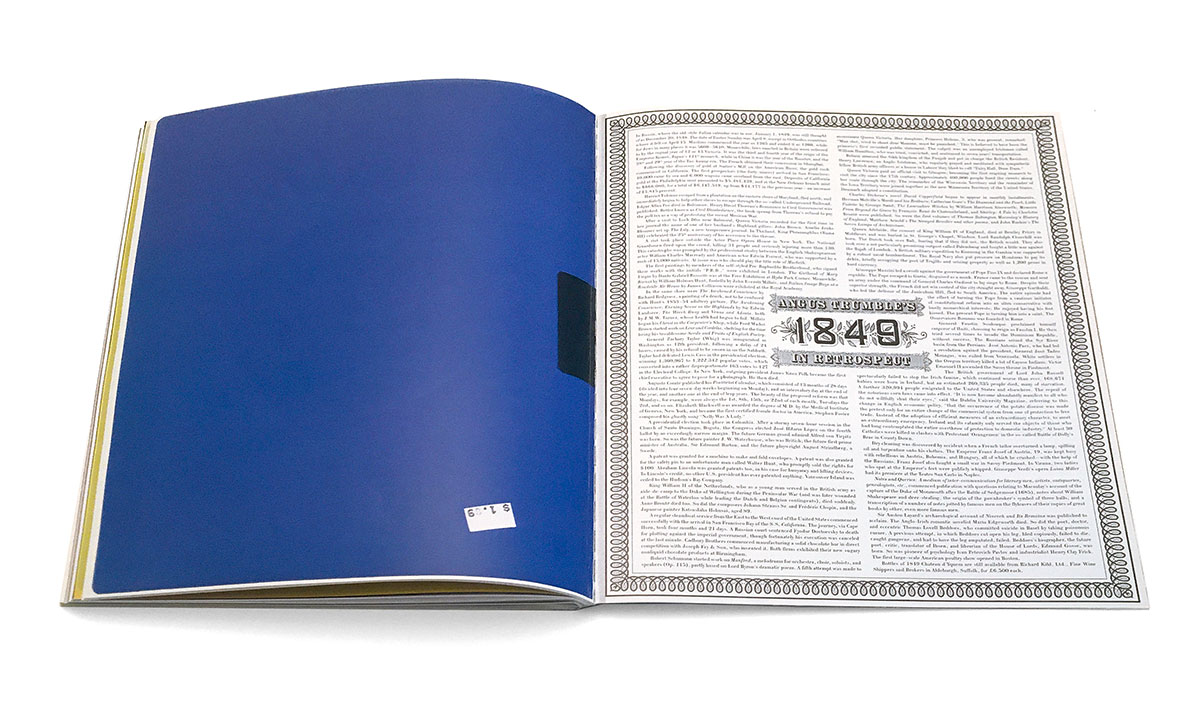 “Cadbury Brothers commenced manufacturing a solid chocolate bar in direct competition with Joseph Fry & Son, who invented it. Both firms exhibited their new sugary nonliquid chocolate products at Birmingham. Robert Schumann started work on Manfred, a melodrama for orchestra, choir, soloists, and speakers (Op. 115), partly based on Lord Byron’s dramatic poem. A fifth attempt was made to assassinate Queen Victoria. Her daughter, Princess Helena, 3, who was present, remarked: ‘Man shot, tried to shoot dear Mamma, must be punished.’ This is believed to have been the princess’s first recorded public statement....”

For this issue’s “Year in Retrospect,” Esopus regular Angus Trumble sets his sights on 1849, chronicling everything from the accidental discovery of dry cleaning to the near-execution of Fyodor Dostoevsky.