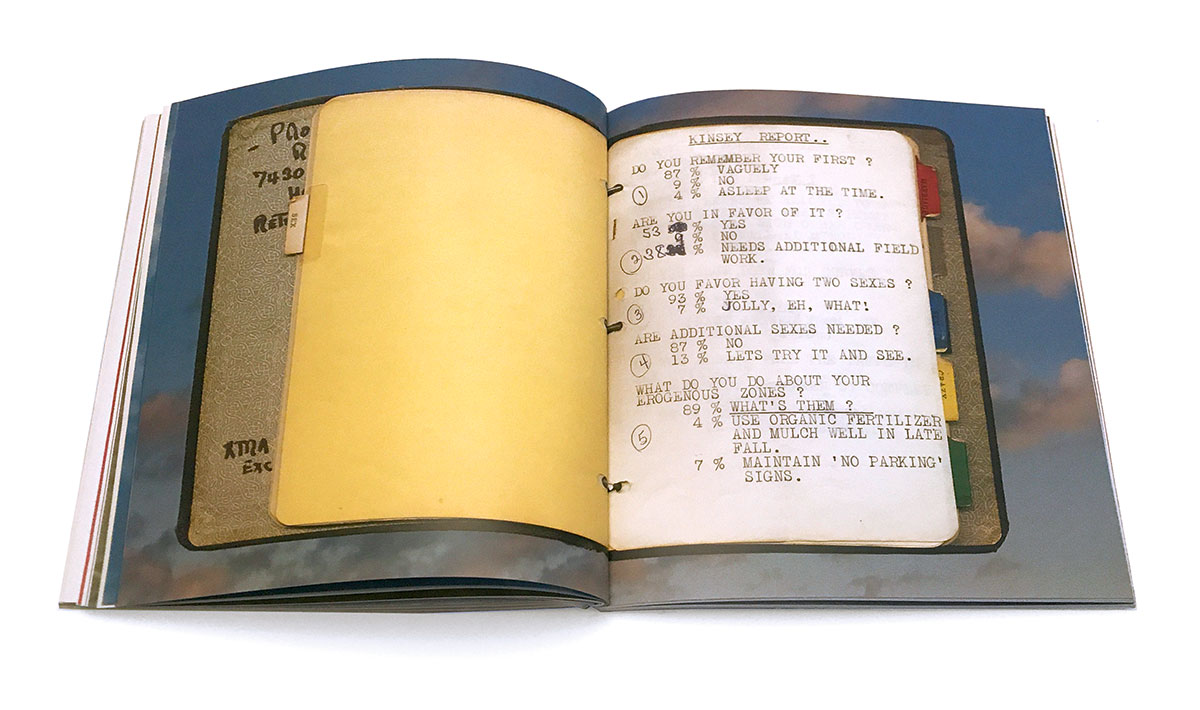 This issue’s “Found Object,” recovered over a decade ago from a Santa Monica yard sale, is well-known entertainer Rudy Vallee’s “gag book” from 1957. We reproduce a sampling of its pages, filled with typewritten jokes categorized according to subject matter (from “Show Openers” to “Sex”).

Michael Rohatyn is a film composer and screenwriter. His film scores include The Ballad of Jack and Rose, The Private Lives of Pippa Lee, and Arctic Son. Rohatyn cowrote the script for the award-winning 2005 film 40 Shades of Blue with its director, Ira Sachs.