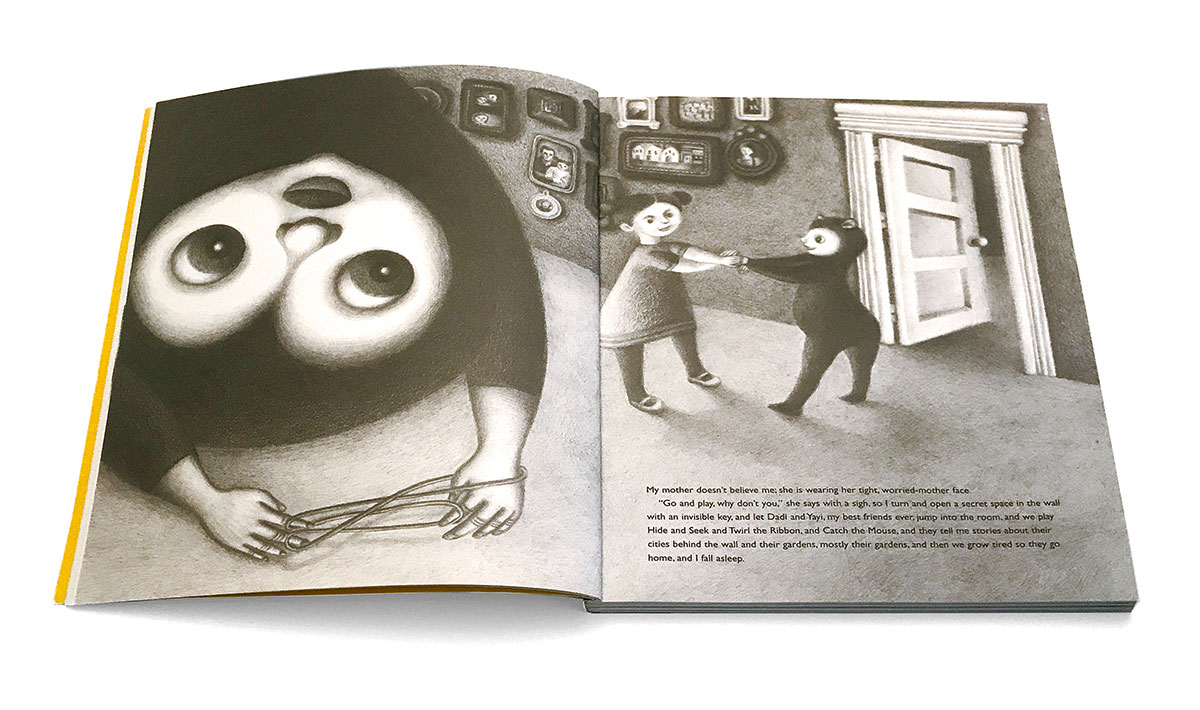 “‘I remember the flood, it was like a dream.’

‘How can that be,’ my mother says. ‘You were such a little child.’

But I remember all the same the brown, murky sea that stole our streets overnight, carrying curious things: people in boats, rubber tires, mint-green kitchen furniture, and an inflatable bunny with its eyes wide open in painted surprise. I was standing on the windowsill next to Mamushka, pressing my nose flat against the glass.”

In artist/writer Andrea Deszó’s illustrated children's story Mamushka, a child’s memories of a beloved grandmother are refracted through the prism of her rich imagination.

New York resident Andrea Dezsó was born in Hungary and has undergraduate and graduate degrees from the Hungarian University of Design. She has two installations commissioned by the New York City subway system; one is Community Garden, a mosaic at the Bedford Park Boulevard-Lehman College stop on the 4 train. The other is Nature Rail, a stainless steel installation in the railings of the 62nd Street D station. Deszo’s work has been shown in museums and galleries across the US and internationally. She is Assistant Professor of Art at Hampshire College.