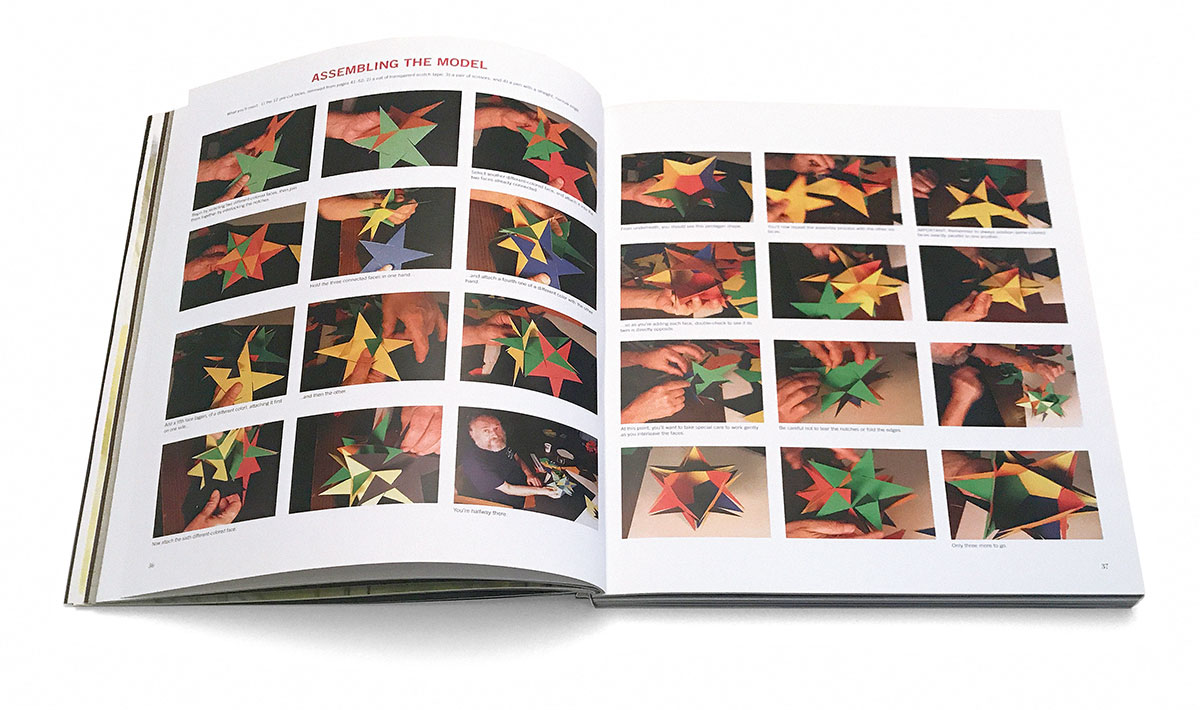 World-renowned mathematician John Conway often builds geometric models as inspiration for his highly influential theoretical work; here, he supplies readers with his unique template—and also all of the materials—for assembling one of his favorite polyhedra: the Small Stellated Dodecahedron. Includes an interview with Conway.

John Conway is John von Neumann Distinguished Professor of Mathematics at Princeton University. Highly esteemed for his groundbreaking work in the theory of finite groups and the mathematical study of knots—as well as in a number of other disciplines—he has authored or coauthored more than 140 scholarly articles and 10 books, including On Numbers and Games, The Atlas of Finite Groups, Winning Ways for Your Mathematical Plays, and On Quaternions and Octonions. Born and raised in England, Conway was elected a Fellow of the Royal Society in 1981 and remains an honorary fellow of Caius College, Cambridge.