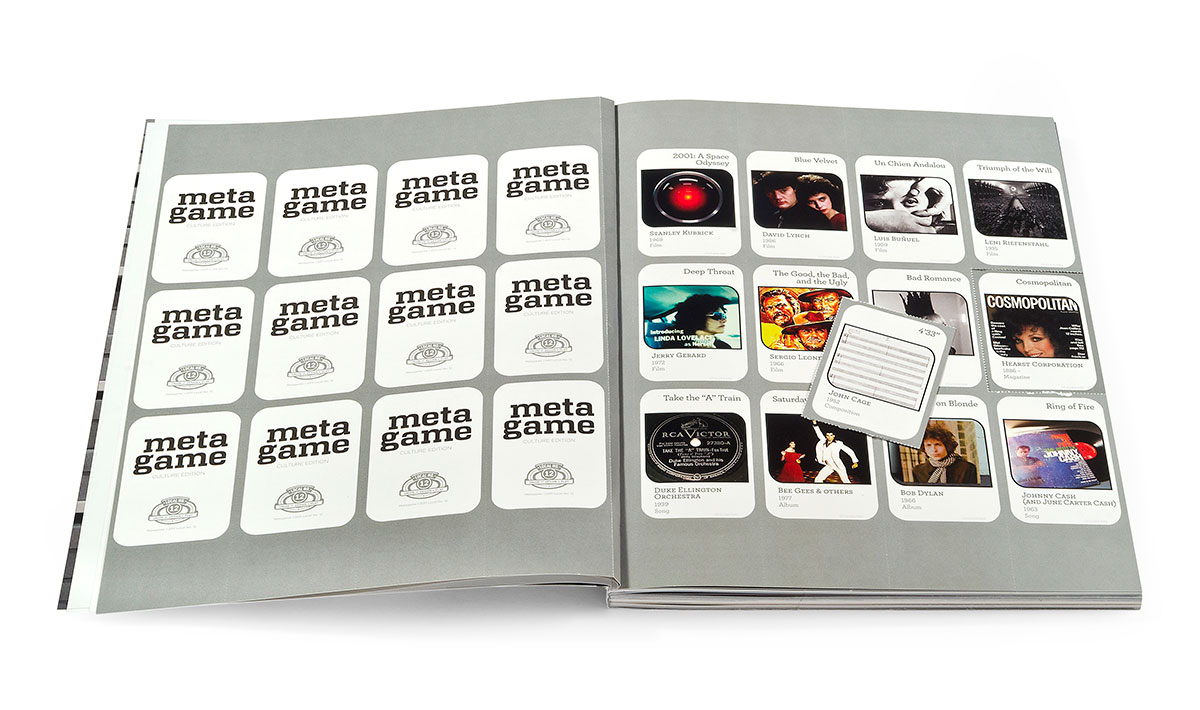 Created by experimental game collective Local No. 12—Colleen Macklin, John Sharp, and Eric Zimmerman—Metagame (Culture Edition) takes the past century of culture as its field of play. The 120 removable cards included in each issue of Esopus 17 are the Metagame deck, and like regular playing cards, they can be used as the basis for a variety of games. Playing well requires cultural literacy, strategic thinking, and social negotiation skills.

Each copy of the issue contains 120 removable game cards (there are 360 in total, spread across the print run in 3 different editions).

Local No. 12 is an experimental game collective working at the union of design and play. Its three members—Colleen Macklin, John Sharp, and Eric Zimmerman—invent new forms of emergent social gameplay. Macklin is a game designer and progammer who teaches at Parsons The New School for Design; she also directs its game laboratory, PETLab. Sharp is an art historian, graphic designer, and game developer who teaches in the School of Literature, Communication, and Culture and the digital media program at the Georgia Institute of Technology. Zimmerman is a veteran game designer and a founding faculty member at the New York University Game Center.