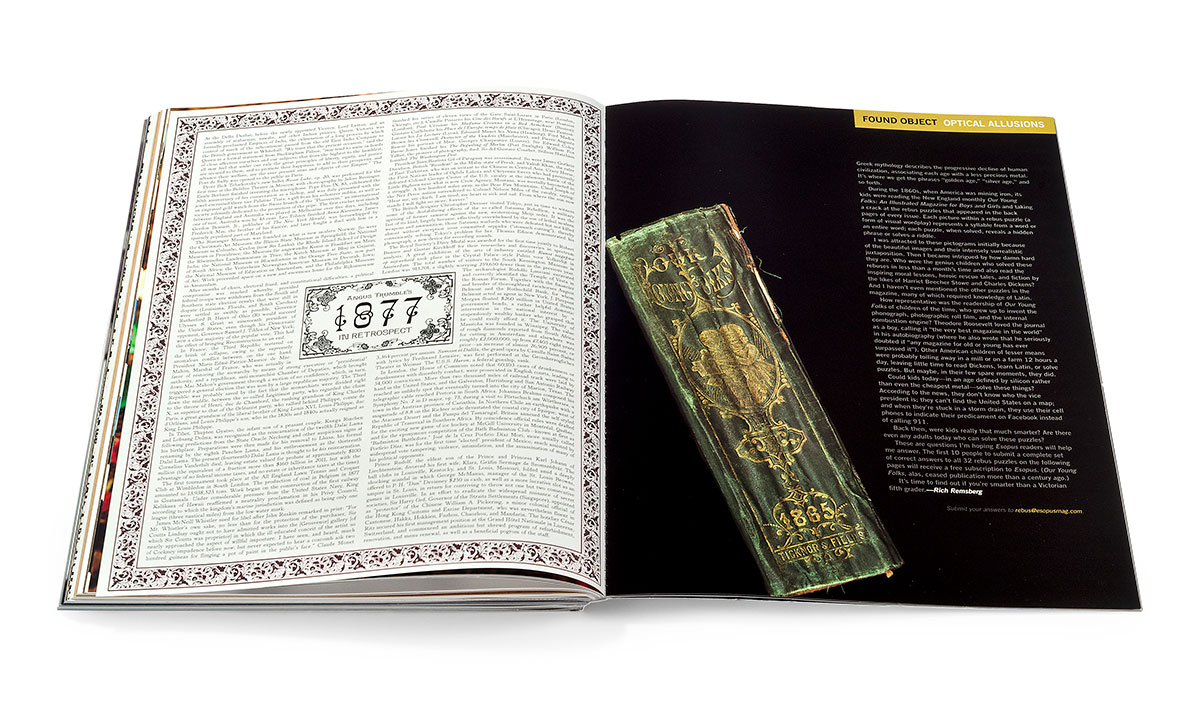 “Pyotr Ilich Tchaikovsky’s new ballet Swan Lake, op. 20, was performed for the first time at the Bolshoi Theatre in Moscow, with choreography by Julius Reisinger. Emile Berliner finished inventing the microphone. Pope Pius IX, 85, celebrated the 50th anniversary of his consecration as a bishop, and was duly presented with the jewel-encrusted three-tier Palatine Tiara, a gift from his volunteer militia, as well as an engraved gold watch from the Swiss branch of the ‘Piusverein,’ an international society solemnly dedicated to the promotion of the pope....”

Esopus’s resident chronologer dissects yet another year in this regular series.