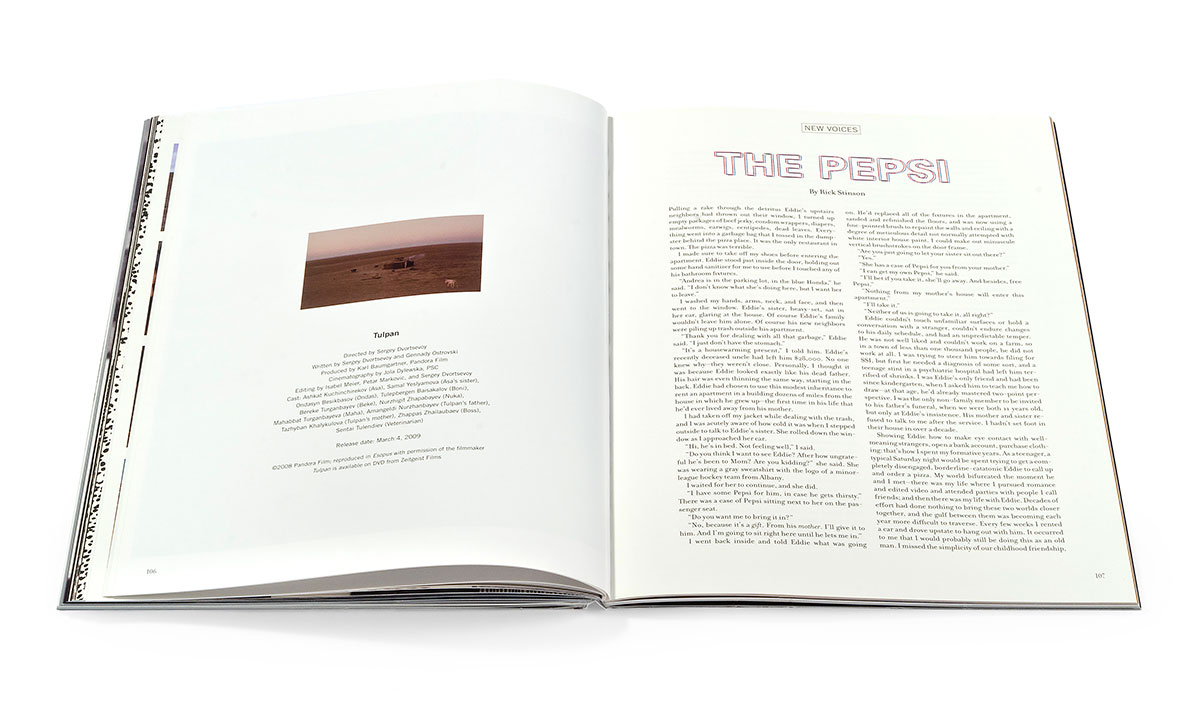 “I made my way to the refrigerator, which was humming, and carefully shifted some boxes so I could open it. The temperature had been turned down as low as possible, and I flinched at the plume of cold air that escaped. The refrigerator was filled with blue jays sealed in ziplock bags, dull and frozen solid, stacked in neat rows. I closed the door quickly.”

This gripping piece of new fiction by a never-before-published author explores the duties—and costs—involved in maintaining a childhood friendship.

Rick Stinson is a graduate of Bennington College. A native of upstate New York, he has also lived in Budapest and Brooklyn. He works as a production editor at Oxford University Press in New York and serves as editor-in-chief of music blog The Little Black Egg. “The Pepsi” is his first published story.