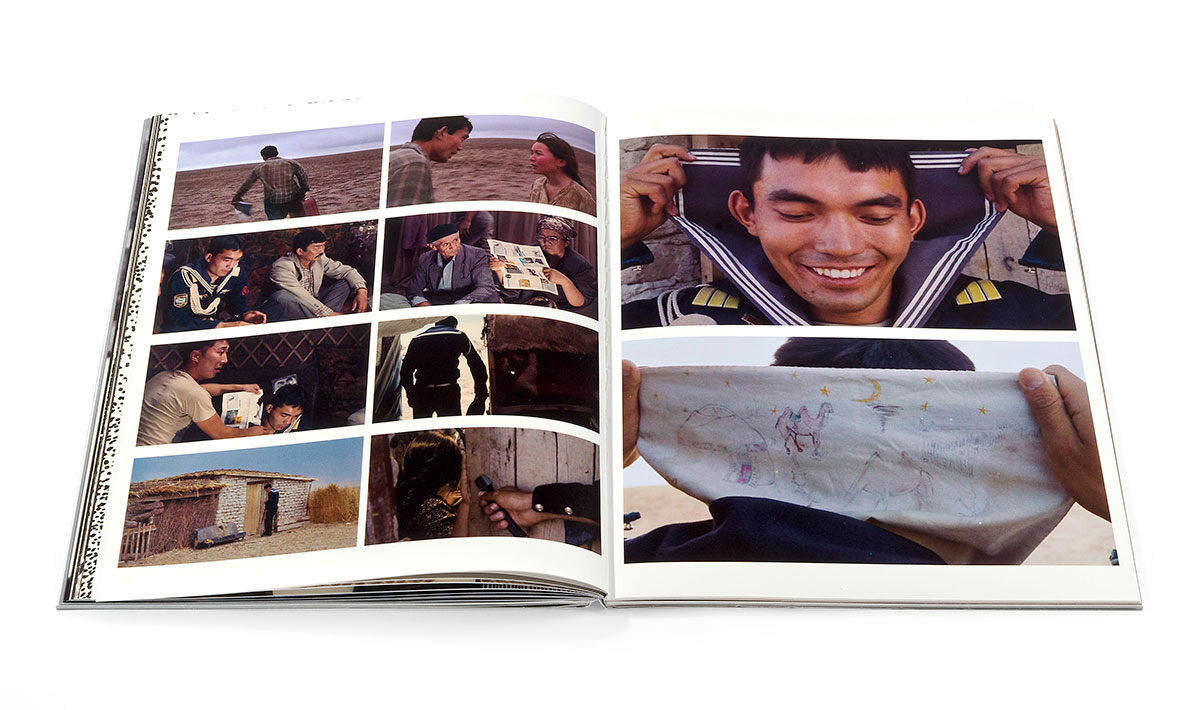 “Tulpan, the first fiction feature from Moscow-based ethno-documentarian Sergey Dvortsevoy, is all about wonder: not only the wonder of a staggeringly exotic and implacably demanding place—the unimaginably vast and extremely well-named Hunger Steppe—but that of the hearts and minds of those who give themselves over to it with such devotion.”—Jim Shepard

A series of still images from the Kazakh ethno-documentarian Sergey Dvortsevoy’s unforgettable feature debut (winner of the Prix Un Certain Regard at the 2008 Cannes Film Festival) evoke the film's unique melding of humanist comedy, ethnographic drama, and nature film.

Kazakhstan-born filmmaker Sergey Dvortsevoy’s critically acclaimed documentary films include In the Dark (2004), Highway (1999), and Bread Day (1998), which was nominated for the prestigious Joris Ivens Award at the Amsterdam International Documentary Film Festival. His first fiction feature, Tulpan, whose subject matter is the lives of the people who live in Kazakhstan’s Hunger Steppe, won the Prix Un Certain Regard at the 2008 Cannes Film Festival; it was also Kazakhstan’s 2009 Academy Awards submission to the Foreign Language Film category, and it received the 2009 Asia Pacific Screen Award for Best Feature Film.

Jim Shepard, a professor of creative writing and film at Williams College, is the author of six novels and four collections of stories. The short-story collection Like You’d Understand, Anyway was nominated for a National Book Award in 2007 and won the Story Prize in 2008, and his novel Project X won the 2005 Massachusetts Book Award. Shepard’s most recent effort is the short-story collection You Think That’s Bad, published by Knopf in March 2011. His writing has been published in McSweeney’s, The Believer, Granta, The Atlantic Monthly, Esquire, Harper’s, The New Yorker, The Paris Review, Ploughshares, and Playboy.