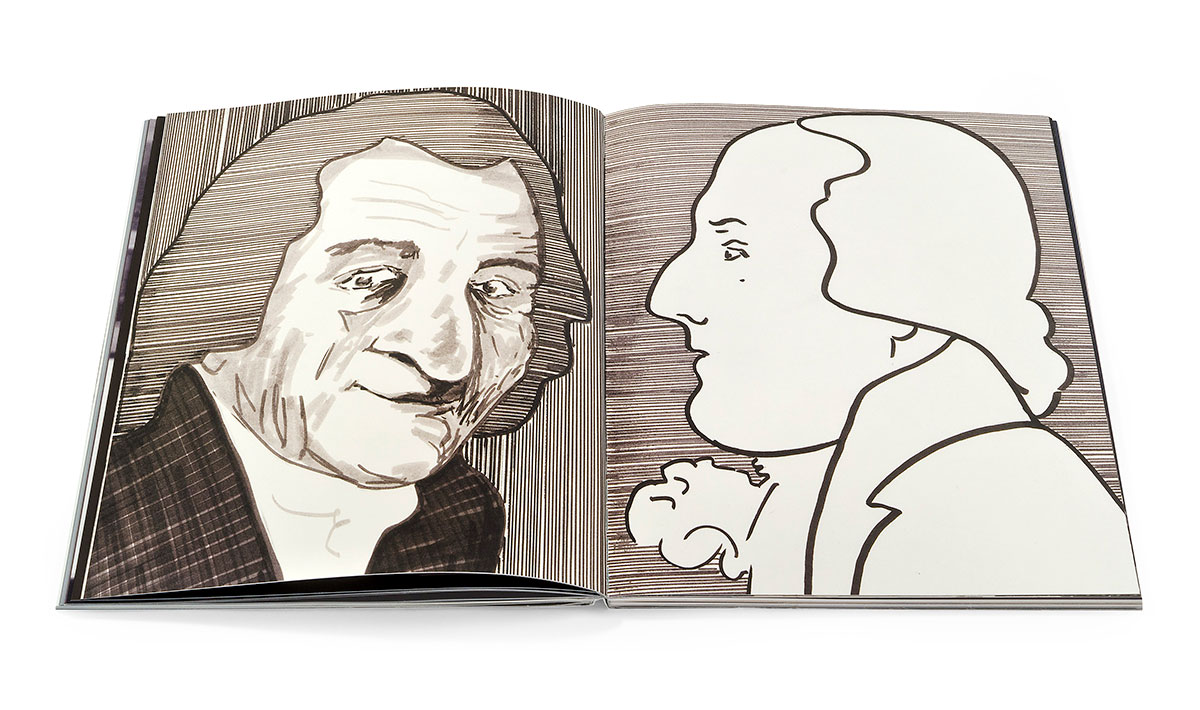 A suite of drawings and a removable 18" x 22" poster by the artist, critic, and educator.

Los Angeles–based artist Thomas Lawson has been showing paintings and creating temporary public works internationally since the late 1970s. Selections of his work from the 1980s were recently included in historical survey shows at the Metropolitan Museum of Art in New York and Magasin in Grenoble. His essays have appeared in Artforum and other art journals, as well as in many exhibition catalogues. From 1979 to 1992, Lawson published and edited REALLIFE magazine with Susan Morgan, and he was coeditor of Afterall journal from 2002 to 2009. In 2010, he launched East of Borneo, an online magazine and archive. Lawson, who has been dean of the School of Art at California Institute of the Arts since 1991, has received fellowships from the National Endowment for the Arts, the Rockefeller Foundation, and the Guggenheim Foundation. A book of his essays, Mining for Gold, was published by JRP|Ringier in 2004.