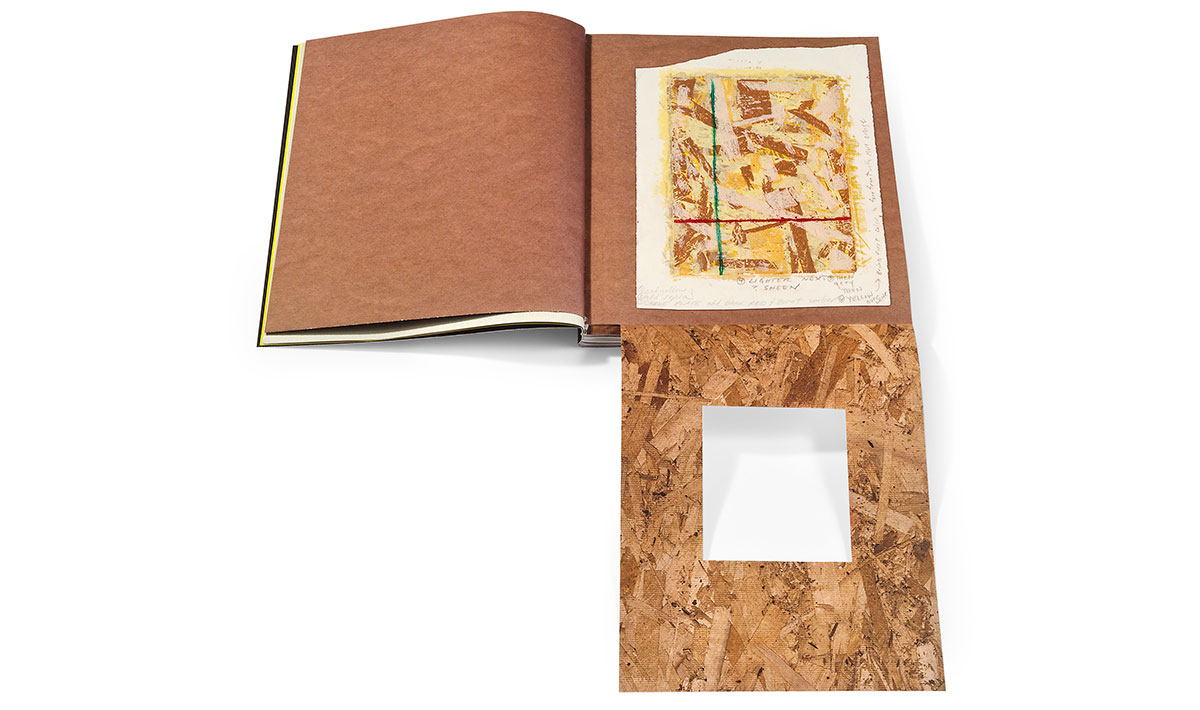 A project related to Gill’s eponymous exhibition at Esopus Space in the spring of 2012 that was inspired by the gallery’s OSB particle-board flooring. The piece, featuring die-cuts and foldouts, includes facsimile reproductions of five of Gill’s test prints for a 122-square-foot, 8-color woodcut with applied monoprint that covered the gallery’s north wall.

RELATED EVENT: ”What Was Will Be Again” exhibition at Esopus Space

Bryan Nash Gill (1961–2013) earned a Bachelor of Fine Arts degree from Tulane University in 1984 and a Masters of Fine Arts from the California College of the Arts four years later. A California Arts Council Fellow, Gill has exhibited his work at numerous galleries and museums, including the New Britain Museum of American Art, the DeCordova Museum and Sculpture Park, and the Berkshire Art Museum. Gill was commissioned to create an installation for the American Pavilion at the Japanese World’s Fair in Aichi, Japan, in 2005. Woodcut, a book featuring a series of the artist’s large-format woodblock prints, was published in 2012 by Princeton Architectural Press.