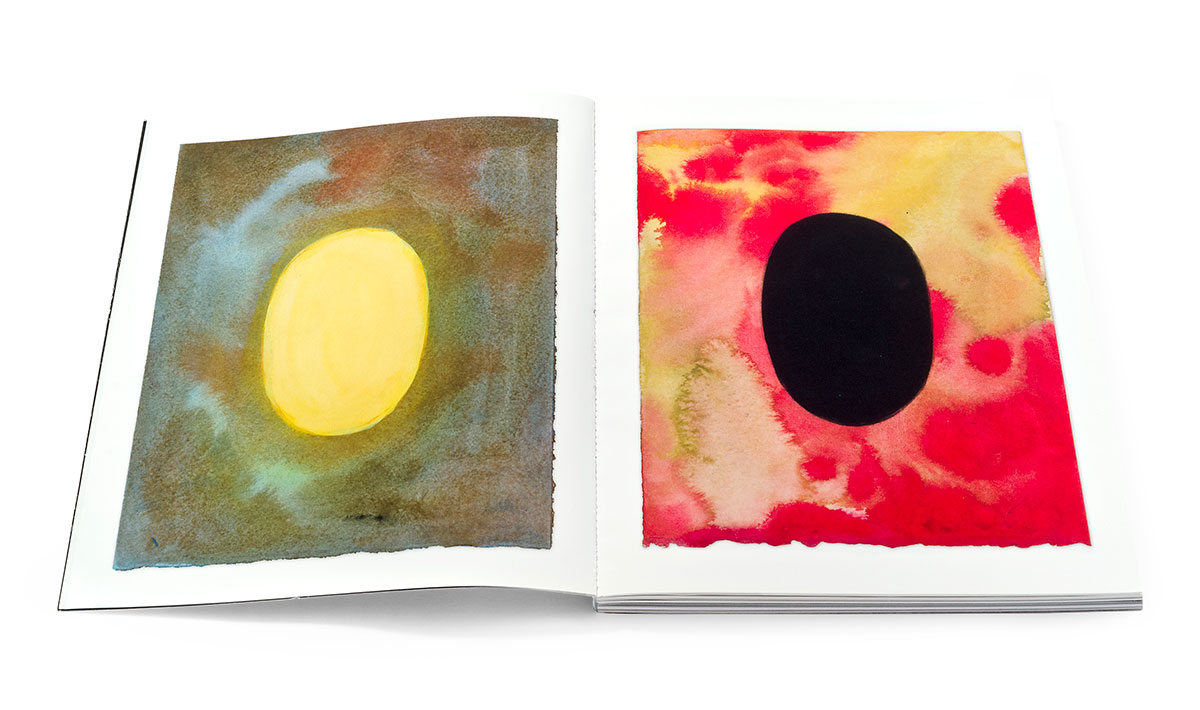 The Lingam motif, a Hindu symbol of fecundity, is a creative as well as a meditative vehicle. Paintings of the oval forms are humble objects made anonymously, often on used paper, and tacked up on the walls of homes as a focus for meditation.

Last year, New York–based painter Leslie Wayne became interested in utilizing the symbol as a way to create a single body of work with an infinite number of possible variations. Wayne's works are made daily as a way of starting her day. She sees the symbol as “a simple geometric shape that is also both a mirror and a void, a reflection of the world and a window into the unknown.”

Leslie Wayne studied painting at the University of California, Santa Barbara, and earned her B.F.A. in sculpture from the Parsons School of Design in 1984. Since 1990, Wayne has been represented by the Jack Shainman Gallery in New York City. She has had a number of solo shows there as well as at LA Louver Gallery, Venice, CA; the Abroms Engel Institute of Visual Arts, Birmingham, AL; Haines Gallery, San Francisco, CA; and Galerie Bugdahn und Kaimer, Dusseldorf, Germany. Wayne has received grants from the Pollock-Krasner Foundation, Artists Space, the Joan Mitchell Foundation, the Adolph and Esther Gottlieb Foundation, and the Buhl Foundation; she was awarded an artist’s residency fellowship at Yaddo in 1992. Her work can be found in many public collections, including the Birmingham Museum of Art, Birmingham, AL; the Corcoran Gallery of Art, Washington, D.C.; the Museum of Contemporary Art, Miami, FL; Museo Thyssen-Bornemisza, Madrid; and Foundation Cartier pour d’Art Contemporain, Paris.