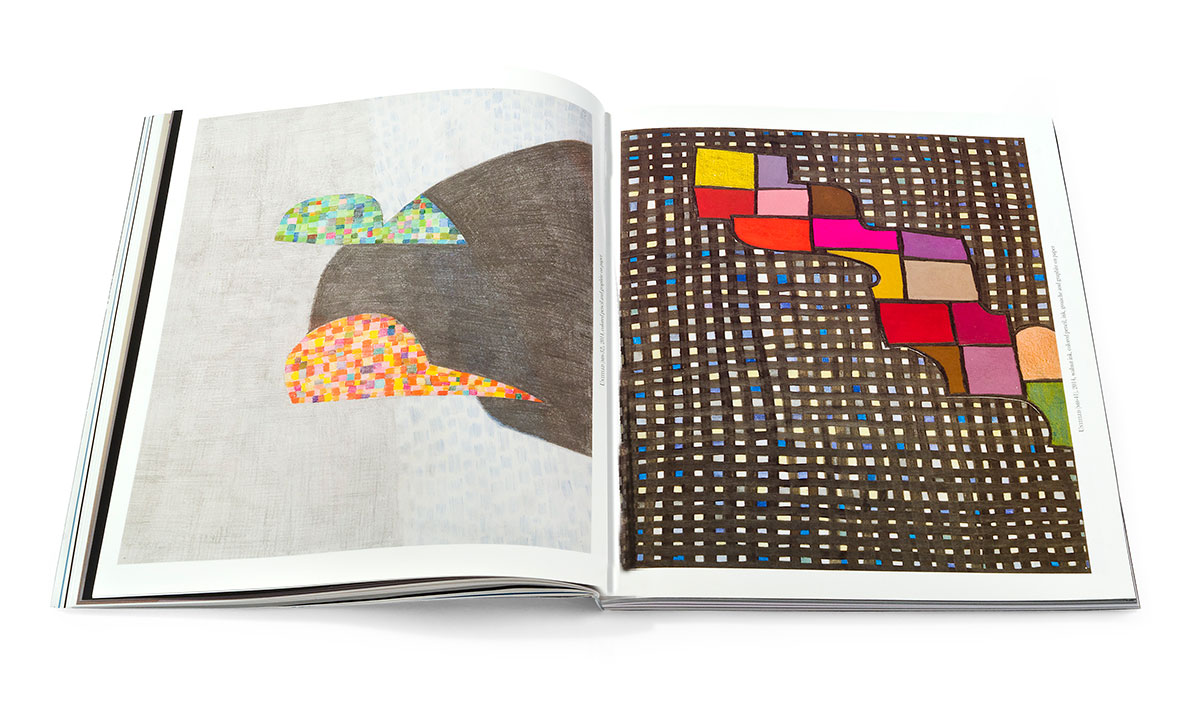 In the early 1970s, Thomas Nozkowski made an important decision: everything he depicted in his art would come from personal experience. For this new series of mixed-media works, created expressly for Esopus 21, the artist drew inspiration from walks he took on a network of old trails along the Shawangunk Ridge near Napanoch, New York. The resulting 15 mixed-media abstractions are extraordinary objects in their own right; intrepid readers seeking the original source material for each can do so by traversing the same paths, which the artist has delineated in the hand-drawn map that opens the project.

Thomas Nozkowski has had more than 70 one-person shows of his artwork, including exhibitions in 2013 at the Pace Gallery in New York and the Russell Bowman Gallery in Chicago. Other recent solo exhibitions include those at Stephen Friedman Gallery, London (2009); the Douglas Hyde Gallery of Trinity College, Dublin (2008); the Venice Biennale (2007); and the Ludwig Museum, Koblenz, Germany (2007). The National Gallery of Canada mounted a career retrospective of Nozkowski’s work in 2009. His drawings, paintings, and sculptures are represented in the collections of the Addison Gallery of American Art, the Albright-Knox Art Gallery, the Brooklyn Museum, the Corcoran Gallery of Art, the High Museum of Art, the Hirshhorn Museum and Sculpture Garden, the Metropolitan Museum of Art, the Museum of Modern Art, the Phillips Collection, the Whitney Museum of Art, and the Yale University Art Gallery, among others. Nozkowski received the Medal of Merit from the American Academy of Arts and Letters in 2006; he is also a Guggenheim fellow, a fellow of the National Academy of Design, and a member of the American Academy of Arts and Letters. In 2008, he received the President’s Citation from The Cooper Union for Achievement in the Arts.